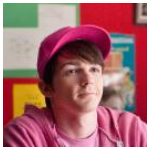 海绵宝宝百科全书 is the SpongeBob SquarePants encyclopedia that anyone can edit, and we need your help!

Over the years the show has covered 12 seasons, 2 movies, numerous video games, and much more.

We are currently editing 172 articles and hosting 616 images, with 3,514 edits being made in total. We are the go-to place for all things SpongeBob SquarePants! 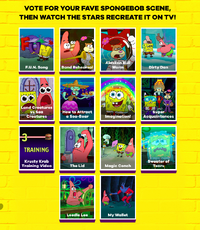 The SpongeBob SquarePants cast have announced that they are going to do a special where they recreate iconic scenes from the series.

The Stars of SpongeBob Fan Favorites Special is a a virtual table read where the voices behind SpongeBob, Patrick, Sandy, Mr. Krabs, Squidward and Plankton come together virtually to bring fan-voted iconic scenes to life.

Fans can vote for their favorite scenes on NickPlay.com. The special airs on June 5. Will you be watching?