If you were looking for the article about the toy, then see Whirly Brain.

"Mermaid Pants"
"Whirly Brains" is a SpongeBob SquarePants episode from Season 10. In this episode, SpongeBob and Patrick get hooked on the latest fad – flying your own brain like a tiny drone.

The episode begins at SpongeBob's house, where SpongeBob and Patrick are bored playing with sticks, but an advertisement appears that attracts them to a new toy called the Whirly Brain, which involves one detaching their brain from their head and putting it on a propeller. Intrigued, they buy the toy and fly their brains around town to spy on citizens and pull pranks.

After getting eggs thrown at them, a kid tells SpongeBob and Patrick that everyone has Whirly Brains and not just them. Patrick, SpongeBob, and the unnamed kid race, but SpongeBob and Patrick's brains land into an old man's house and he takes them as his own. After literally losing their minds, SpongeBob and Patrick (the latter seemingly figuratively losing his) begin to panic, as they cannot find their brains. With an idea, SpongeBob calls Sandy on the phone and she uses a missing brain detector to find the brains.

Sandy's detector leads to the same old man who found their brains. She asks kindly, but the old man is snoring. However, Sandy just walks in and they try to look for the brains. The floor creaks and he wakes up, but Sandy puts a fight with the old man. SpongeBob accidentally trips onto the barrel, and all of the brains fly free, and all of them go back to their original beings.

Sandy is about to threaten the old man, who immediately cries out an apology before revealing he hoarded the toys because he can't stand seeing everyone have fun while he stands there with his cane. However, Sandy and SpongeBob hook the latter's propeller onto the old man so he can fly in the air too.

It frightens the lady fishes, as they run around in circles at the Shady Shoals Rest Home building. Squidward then appears, going crazy thinking the Martians have landed. He ends the episode telling the viewers "YOU'RE NEXT!" twice.

According to Vincent Waller, the production of season 10 began on October 12, 2015.[2] Vincent Waller also revealed that fans would see a "different flavor in the animation" of the series.[3]

On August 8, 2016, Vincent Waller tweeted that they had finished retakes on the episode.[5]

Production on the first Season 10 episode 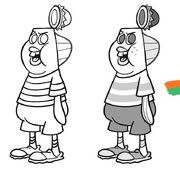 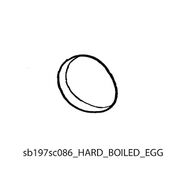 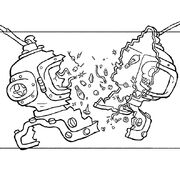 Retrieved from "https://spongebob.fandom.com/wiki/Whirly_Brains?oldid=3528011"
Community content is available under CC-BY-SA unless otherwise noted.