Encyclopedia SpongeBobia
Register
Don't have an account?
Sign In
Advertisement
in: Articles in need of better images, Shorts, The SpongeBob SquarePants Movie shorts,
and 2 more

In the beginning of the short, SpongeBob arrives late to work. Thereupon, he talks about the word "watch" in accordance with the tie-in. Meanwhile, Plankton tries to steal the Krabby Patty secret formula, though he is stopped by SpongeBob, as the short ends. 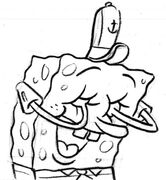 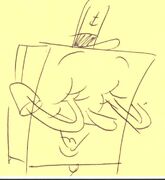 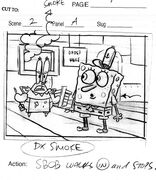