"Fools in April"
"Walking Small" is a SpongeBob SquarePants episode from Season 1. In this episode, Plankton tricks SpongeBob into becoming assertive so he can build his Mega Bucket.

The episode begins at Goo Lagoon, where Plankton arrives in his bulldozer to turn the beach into the future site of the "Chum Bucket Mega Bucket," and demands everyone to leave. However, due to his tiny size and small voice nobody pays attention to him. He concludes that he needs someone bigger to assist him, and encounters SpongeBob. Plankton decides to trick SpongeBob into being "assertive" in order to get what he wants.

SpongeBob tries to buy ice cream, but gets cut off once and then has his ice cream stolen before the vendor runs out. However, he finds Plankton "complaining" about having an extra ice cream cone he did not want. SpongeBob offers to take the extra one, and as he eats it, Plankton offers to teach SpongeBob how to be "assertive." He tries to get SpongeBob to take his ice cream back from the person who stole it, but SpongeBob's kindly nature prevents him from being able to take it. Plankton, unhappy with SpongeBob's performance, climbs into SpongeBob's mouth and uses his words to forcefully take the ice cream. Afterward, the guy who stole SpongeBob's ice cream runs off crying. When SpongeBob points this out, Plankton lies and says those were the "tears of joy," saying that the guy was happy that SpongeBob was "assertive."

Next, Plankton attempts to have SpongeBob forcefully take back his metal detector that he lent to another beach-goer, yet SpongeBob misinterprets Plankton's instructions and the person he lent the detector to is led to buried treasure by SpongeBob.

By this point, Plankton decides to give up, but SpongeBob promises to prove to him his ability to be assertive. Therefore, Plankton allows SpongeBob another chance. SpongeBob commits a series of both assertive and antagonistic acts to other beach-goers, including stealing the hot dogs of people waiting in line to buy them and cutting the strings of people's kites, and even worse, popping a volleyball that the beach-goers wanted to play with, resulting in everyone leaving the beach.

Plankton then reveals his true intentions to SpongeBob, making him very upset. SpongeBob defeats Plankton by becoming "aggressively nice," and he undoes the actions that led everyone to leave Goo Lagoon. Plankton leaves the beach due to the crowd returning in response to the overwhelmingly generous acts of kindness that SpongeBob performed. Lastly, everyone plays volleyball using SpongeBob as their ball, as the episode ends. 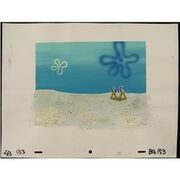 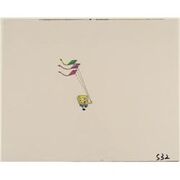 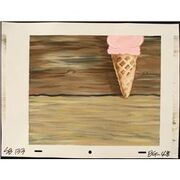 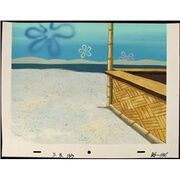 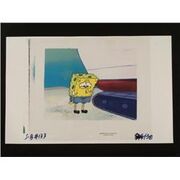 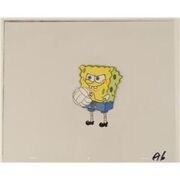 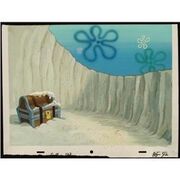 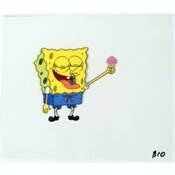 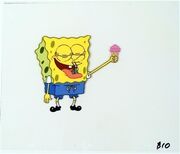 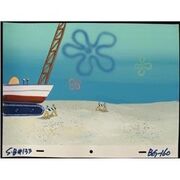 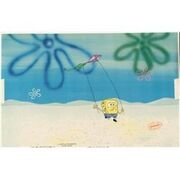 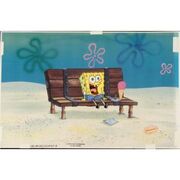 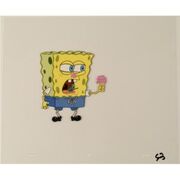 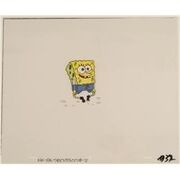 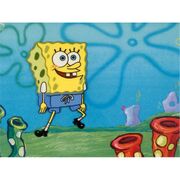 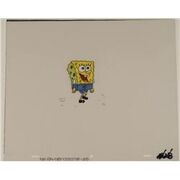 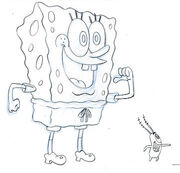 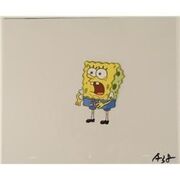 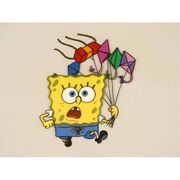 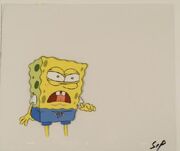 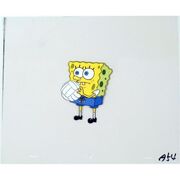 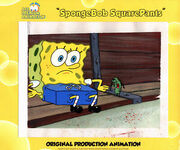 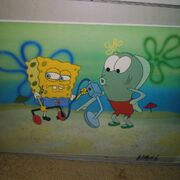 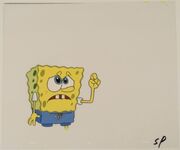 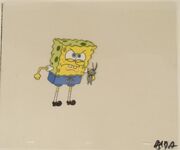 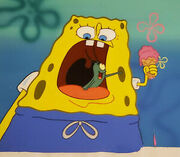 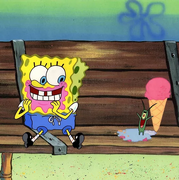 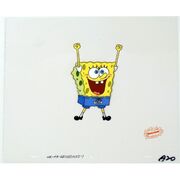