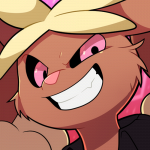 Well I'm a American that loves any and every kind of television show. In fact, I've pretty much watch nearly all of the original Nick tv shows including my favorites Catdog, AHH Real Monsters, The Angry Beavers, and, yes, Rocket Power. I've indeed watched when Spongebob came out for the very first time and me and friends LOVE IT. And that's we're are today. I just came here to help do some edits and point out funny things about certain episodes. Well...hmm...that's what I'm going to say for now but I'll keep you posted whenever I think of something else lol.

Believe it or not fellow people, my favorite character is Plankton. He's just that stereotypical bad guy that almost wins but ends up losing in a funny and painful way. In the beginning, I didn't care much for the small lifeform but after seeing his "Genius dance," favorite character right away! They're are other episodes that makes him a funny guy as well especially having a hard time saying "love." I also like Plankton because he always tries to ruin Mr. Krabs! Here me out! Plankton may be evil but Mr. Krabs sometimes displays even more evil things especially when he tried to get Spongebob arrested in the episode The Patty Caper and harmed all of those poor jellyfish in the episode The Jellyfish Hunter. Even Plankton isn't THAT cruel!

"I got it! Let's get naked!"
—Patrick from Chocolate with Nuts.

"One Krabby Patty, hold the mayonnaise."
—Jellion Patrick from Planet of the Jellyfish

"It's not my wallet."
—Patrick from Mermaid Man and Barnacle Boy III

"What is today, but yesterdays tommorrow?"
—Mr. Krabs from Imitation Krabs

"NO MAYONNAISE!!!"
—Jellion Patrick from Planet of the Jellyfish

"And now for my very well elaborate and collage educated plan!"
—Plankton from Plankton!

"I want peanuts!"
—Patrick from Have You Seen This Snail?

"We're out on a baby hunt! And don't think we don't know how to weed them out!"
—Patrick from The SpongeBob SquarePants Movie

Food I Would Love To Eat

Gallery (My Own Images and Favorite Images)

Heh, I'm cool with that!

"One Krabby Patty, hold the mayonnaise!" 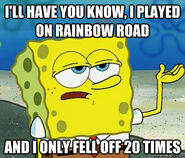 This happens to me on the Mario Kart Wii's version... 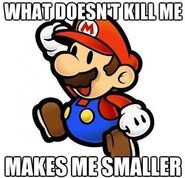 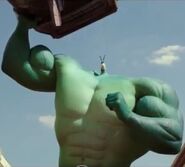 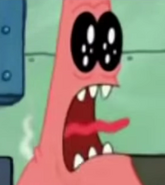 Captain Falcon's sure and udder epicness!

Rainbow Dash may be a ninja but Raiden is a cyborg ninja! 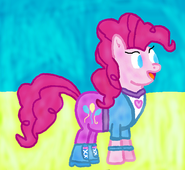 One of my favorite drawings I did myself.

Gotta admit Edgeworth's cool!
Add a photo to this gallery

Trivia about me
Retrieved from "https://spongebob.fandom.com/wiki/User:ZeoSpark?oldid=1821878"
Community content is available under CC-BY-SA unless otherwise noted.