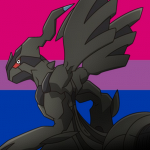 I'm that guy who contributes to various wikis. Oh, and I'm also a game modder who makes mods for Sonic Forces. I also have a YouTube channel, where I showcase mods for various Sonic games, which can be seen here. I've been a SpongeBob fan since at least either 2005 or 2006. I first discovered him when one of my older sisters was watching the show. I became interested, and that's how I became a fan of the series.

8. It's a SpongeBob Christmas!

SpongeBob games I own

Retrieved from "https://spongebob.fandom.com/wiki/User:Robowil?oldid=2972400"
Community content is available under CC-BY-SA unless otherwise noted.