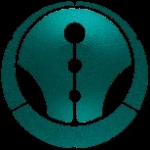 I am 17 years old, but still love SBSP. the first ever episode I saw was Ripped Pants. The second episode to premere. My favorite episode so far is Truth or Square. I just like how it had more action in it. Also, I have too admit the old outtakes and rejected scenes shown by Patchy were extremly halarious.

My favorite character is Squidward. Despite his antagonist side, I also take pitty on him seeing as SpongeBob always causes him stress, and is yet to realize it. Also I don't realy like watching episodes where Squidward gets in trouble for things that arn't his fault. Such as Keep Bikini Bottom Beautiful where Squidward was sent to community servace even though he never acctually littered in the first place. I just don't understand why he never explains what really happened when stuff like that happens. I also highly dislike Little Yellow Book due to the antagonism by the Bikini Bottomites. They were by far worse to Squidward than Squidward was to Spongebob. Not to mention that Squidward has done worse in other episodes.

The Krusty Paycheck: Squidward Gets a new, better job at a computer company.

Puff't up Squid: Squidward and Mrs. Puff team up to get rid of SpongeBob.

Rubble of the Krab: Mr. Krabs accedentaly destroys Squidward's house, and is forced to pay to get it fixed.

Rise of Squidward: Squidward becomes a dictater after finding out that his great grandfather was also one.

Retrieved from "https://spongebob.fandom.com/wiki/User:Hordikatitans4444?oldid=933969"
Community content is available under CC-BY-SA unless otherwise noted.