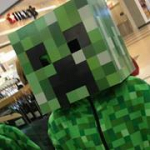 Hi! I'm Maxwell Verbeek, also known as herobrinetrollin! I am a fan of SpongeBob SquarePants (and always have been). In fact, my first words were "SpongeBob SquarePants". I am a 13 year old currently living in Lynn, Massachusetts, in the United States of America, on the continent of North America, on the planet of Earth, in the Solar System, part of the Solar Interstellar Neighborhood, of the Milky Way Galaxy, Part of the Local Group, which is in hand also part of the Virgo Supercluster, which is a region of the Local Superclusters, a large part of the Observable Universe. I make videos on YouTube and I was born in Rhode Island on August 26th, 2001. SpongeBob is certainly my favorite show, however I enjoy many other shows, which include but are not limited to:

I am also an avid gamer who enjoys the Elder Scrolls series and other things. I enjoy games like:

I enjoy subjects like history, art, and science, however I think that math is the bane of my existence. I also hate Language arts, even though I am a huge grammar Nazi. I applied for high schools the other day and it seems I scored 98 out of 99% on the test. Fun.

I am of multiple ethnicities, which include but aren't limited to (because I don't completely know myself):

Retrieved from "https://spongebob.fandom.com/wiki/User:Herobrinetrollin?oldid=937055"
Community content is available under CC-BY-SA unless otherwise noted.