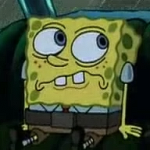 Hello there! I am Depth Strider 10 and welcome to my wiki page. I'm an admin here and a Skype admin here, if you need anything make sure to tell me or another admin, but remember, I, and many other admins, make mistakes and also follow something, the policy. Sponge o' Mystery (Depth Strider 10)

It all started when I was a very curious young man who wanted to know more about SpongeBob, I first started looking at SpongePedia and then I noticed that information wasn't really right and things were just wrong, but I didn't think that editing there would be good but I haven't thought about editing just yet. So then I started looking for more sources and then I found ESB. I have been looking at this wiki for 2 years and everything was great, just amazing, then I started looking at the userpages of admins. I soon took a look at message walls then I started to see how much of a community this wiki had and all the articles and pages were great. After a few it felt like it was a place for me to help edit pages to make them better I just hope the things I do are good and will help the wiki along with help from all the others.

I was a bit trouble making without meaning to back when I joined, but after those mistakes I started doing better, edit pages better, talk to people better, and soon after all that editing and hard work I was promoted to rollback by ZeoSpark, I was so happy, I really wasn't expecting that, it felt amazing knowing that some other people thought my work was good, it was amazing, and I thank him so much and everyone who have supported me and make being here so much fun, I wish to bring much better edits to the wiki along with many others.

Assistant (one of the best days of my wiki life)

On July 22, 2016, I requested for assistant, the day I've been waiting for, I was encouraged by many users and friends, users like Jon and Cans, and my other friends, and I felt great, I was getting many supports and got a total of 16 supports, on July 26, 2016, the request was successful, and I was promoted to an assistant, it was one of the happiest days of my wiki life, it was the day I have never thought would happen, but it did, and I want to thank every single one of you who support me, it's an honor to be in the presence of all of you and I hope to help much more along with all the others.

Continuing on as an assistant

On September 2, 2016, I requested for chat moderator, something I have never even thought of becoming. I was in chat and all, then Jon started talking to me, about requesting for chat mod, and I said something like, "I'll do it tomorrow," then he started telling me all about why I should to it that day, it's all just like what's the difference between doing it today or tomorrow, so I did request, I got some support on that day, and then later on, I got a LOT, a lot more, a lot of them were very encouraging, and made me feel happy, it made me feel even more capable of the rights, if it weren't for those comments I wouldn't honestly have preformed as well as I did. On September 5, 2016, the request was successful and I was given the chat moderator rights, it had 18 support, 0 neutral, 0 oppose. It felt amazing being promoted for something other than assistant, and it just made me feel a little more like I could do something more helpful for the wiki. I hope at that time I did do some great things.

Administrator (The best day of my wiki life)

On November 9, 2016, I requested for administrator. Now this, I remember much less about, I remember requesting and all, but I don't remember much about what happened before, but I do remember that I talked to Jon again, he was very supportful about it when we were talking, I was very touched when I was told by the users that I should request for admin, I felt on top of the world, not in like a I'm-so-better-than-you way but in a man-this-is-awesome way. I requested for admin, and I was pretty nervous, in fact, I was extremely nervous, it was the 3rd most nervous I ever felt, but then I saw I started getting a LOT of support, like extremely strong and strong support, it was awesome, and then after all that...wow... the amount of supports blew up, it had so much, I felt like it could never get anymore, but then it did. Then I got a neutral but that wasn't a constructive opinion neutral that was a troll neutral. Then, I realized, I was so close to beating the record of most supports on a request, 26 support. On November 12, 2016, the request passed, I almost fainted when it did, it felt SO amazing, so amazing I almost felt like jumping around the room, the amount of support I got was overwhelming, and was awesome, I actually almost had more than the record, but I only tied, with 26 support as well, but there was this support from a crat when it was closed already, so does that count..? IDK but IDC about the record, it just felt amazing to be given the rights I didn't know I could ever be trusted with, I seriously thought, "You crazy mate" whenever someone said I deserve admin, of course I didn't say that, but it just felt amazing, to know that I am a trustworthy user at that time, don't know if I still am, but I'm glad to know I was, I'd like to thank every single person on this wiki, even the users I have had my problems with have shaped me in some way. I'd also like to give an extreme thanks to Jon, even if he has done some bad stuff before he left, you have to admit, the stuff he has done for the wiki was phenomenal, and the people he has helped are uncountable, don't forget what he's done for everyone before any of the drama, he's made the wiki half of what it is today.


Retrieved from "https://spongebob.fandom.com/wiki/User:Depth_Strider_10?oldid=1783915"
Community content is available under CC-BY-SA unless otherwise noted.