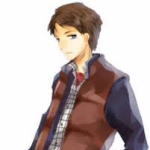 Planet of the Jellyfish

Hi guys, my name is Chase McFly, and I'm a casual SpongeBob fan. Here, I will list the 11 episodes that inspired me to watch a lot more SpongeBob.

The First 11 Episodes I Watched and My Reactions

Retrieved from "https://spongebob.fandom.com/wiki/User:Chase_McFly?oldid=1619430"
Community content is available under CC-BY-SA unless otherwise noted.