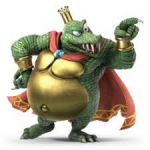 6,791 Edits since joining this wiki
January 7, 2013
0 Discussion posts
Revision as of 08:08, June 3, 2013 by CalzoneManiac (wall | contribs)
(diff) ← Older revision | Latest revision (diff) | Newer revision → (diff)
|
2
Message Wall:CalzoneManiac
Please, be a beautiful swan like this user and not an ugly duckling like this user!

I love this show, but not the newer episodes.

No offense to the guys who make each SpongeBob episode, but the newer SpongeBob episodes are tasteless and bland. I mean, it's like they dig a random plot out of a trash can and call it "value".

I am a fan of Pop-Tarts, and I LOVE the s'mores variety.

335 px
Retrieved from "https://spongebob.fandom.com/wiki/User:CalzoneManiac?oldid=357721"
Community content is available under CC-BY-SA unless otherwise noted.