Start a Wiki
Disclaimer: this article contains information that has not yet been released. The information may rapidly change as soon as more details become available.
This is the page about the movie. For other uses, see The SpongeBob Movie: Sponge on the Run (disambiguation).

The SpongeBob Movie: Sponge on the Run is a film based on Nickelodeon's hit TV show SpongeBob SquarePants. In this movie, SpongeBob and Patrick go on a rescue mission to save Gary, who's been snailnapped by Poseidon and taken to the Lost City of Atlantic City[1].


It is the third SpongeBob SquarePants film in the franchise[10], set for release in early 2021 on premium video-on-demand and CBS All Access.[11][12]

SpongeBob and Patrick go on a rescue mission to save Gary, who has been snailnapped by Poseidon and taken to the Lost City of Atlantic City. The movie will reveal the first time our beloved characters met as kids at Camp…a magical moment that brings meaning to the power of true friendship.[13]

Gary's been snailnapped! SpongeBob and Patrick embark on a hilarious adventure to #SaveGary! This year on, Memorial Day weekend, SpongeBob SquarePants, his best friend Patrick Star and the rest of the gang from Bikini Bottom hit the big screen in the first-ever all CGI SpongeBob motion picture event.

After SpongeBob’s beloved pet snail Gary is snailnapped, he and Patrick embark on an epic adventure to The Lost City of Atlantic City to bring Gary home. As they navigate the delights and dangers on this perilous and hilarious rescue mission, SpongeBob and his pals prove there’s nothing stronger than the power of friendship. 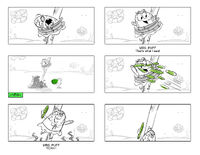 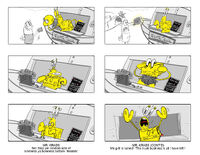 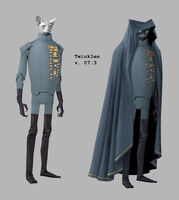 Scrapped villain design (#3)
Add a photo to this gallery

In a February 2015 interview discussing the financial success of The SpongeBob Movie: Sponge Out of Water, Megan Collison, president of worldwide distribution and marketing at Paramount, stated the possibility of a third film was "a good bet."[14] In another interview, Paramount vice-chairman Rob Moore remarked, "Hopefully, it won't take 10 years to make another film."[15] Later in 2015, in a tweet by Viacom, it was revealed that Paramount Pictures would be developing sequels to existing franchises such as World War Z, Jack Reacher, and a third SpongeBob Movie.[16]

On August 3, 2015, in a tweet by Vincent Waller, it was confirmed that the sequel is in pre-production,[17] and that Paul Tibbitt will be directing it.[18] It was later revealed that Tim Hill would be directing the movie[19] with Tibbitt leaving the project.[20] Waller suggested the release date of the film "should be in 2018" but may "land in 2017."[21] He also revealed that the crew working on the series would not necessarily be working on the movie.[22][23] This enables the series to be produced in tandem with the movie.[24]

In November 2015, Vincent Waller said on Twitter that both computer-generated (CG) animation and traditional 2D animation were taken into consideration when making this movie in the early stages of production.[25] Vincent Waller noted that CG is the expense.[26] CG was ultimately chosen as the animation for this movie years later in 2018.

Ruben Hickman is helping out with preliminary developments of the movie, with the same group of producers being present - Cale Boyter, Mary Parent, and Craig Sost.[27] Kristen Caplan is the production manager of the movie.[28] Furthermore, Zeus Cervas was brought in to help with the movie storyboards.[29]

As of March 2017, animatics for the film had already been completed.[30]

On October 23, 2018, the president of Paramount Animation revealed that the movie will have a "nice homage to the classic movie" with references to It's a Wonderful Life. The movie will also be an origin story detailing "how SpongeBob met the rest of the Bikini Bottom gang at summer camp." The opening sequence will take place at Camp Coral where all the characters first meet.[37] 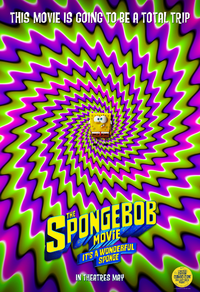 In June 2019, Kamp Koral: SpongeBob's Under Years, a spin-off relating to Sponge on the Run, was greenlit by Nickelodeon president, Brian Robbins.[38]

On June 12, 2019, it was announced that Awkwafina and Reggie Watts will appear in guest voice roles. Cyndi Lauper, Rob Hyman, and Ali Dee will work on songs for the film. Ryan Harris will produce the film and Mia Michaels will act as its choreographer.[39]

On November 12, 2019, the movie was renamed to The SpongeBob Movie: Sponge on the Run and the movie's poster was released.[40]

On November 14, 2019, the trailer was released in the United States.

On January 29, 2020, a Super Bowl LIV spot was released in the United States.

On May 2, 2020, a second sneak-peek for the film was released in the United States.

On June 8, 2020, a third sneak-peek for the film was released in Australia.

On June 22, 2020, it was announced that the film's theatrical release had been cancelled and it would instead go straight to digital with no release date set.[43][44]

Below follows a set of storyboards by Wolf-Rüdiger Bloss from a storyline that Vincent Waller believes was "a first pass at the story, but the entire alien cat storyline was later tossed out and rewritten."[45][46] The storyboards was revealed in January 2019. 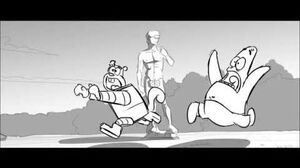 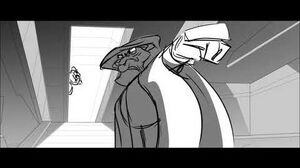 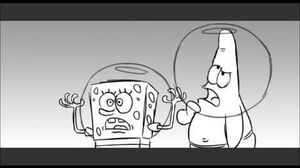 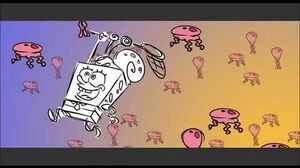 Gary's litter box without fecal matter.
Add a photo to this gallery 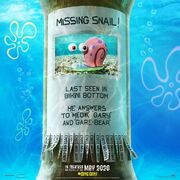 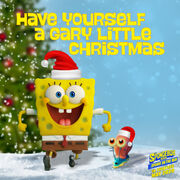 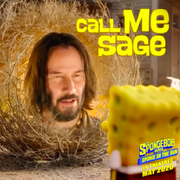 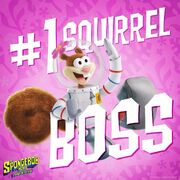 Logo with the "Coming Soon" byline

Camp coral promo
Add a photo to this gallery 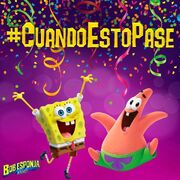 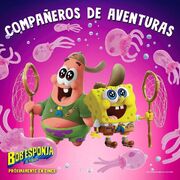 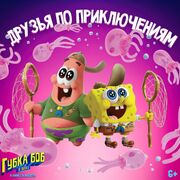 Romanian poster
Add a photo to this gallery

Tainy, J Balvin - Agua (Music From "Sponge On The Run" Movie Official Lyrics)
Add a photo to this gallery 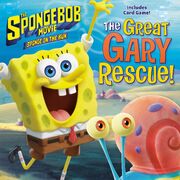 Happy Campers!
Add a photo to this gallery

A set of theater exclusive merchandise 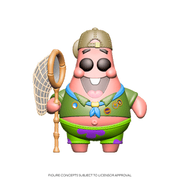 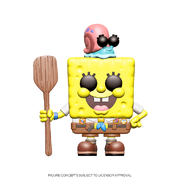 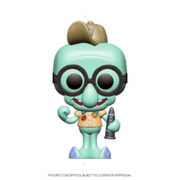 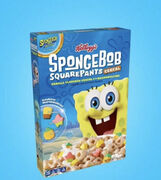 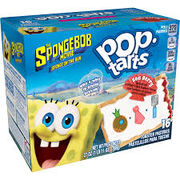 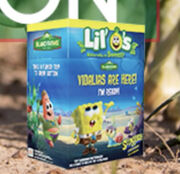 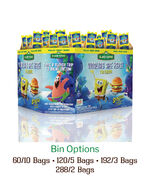 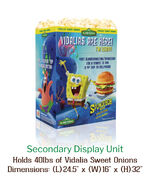 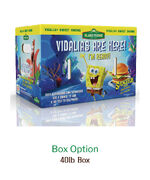 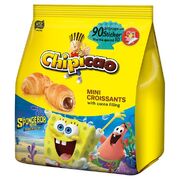 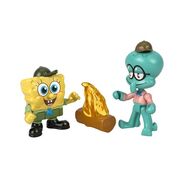 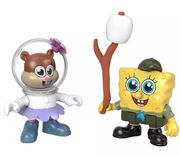 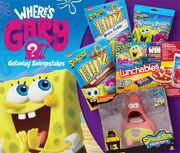 Spanish yogurt
Add a photo to this gallery

Start a Discussion Discussions about The SpongeBob Movie: Sponge on the Run