Start a Wiki
If you were looking for the article about the character, then see Flying Dutchman.

The Flying Dutchman (3817) is a SpongeBob SquarePants LEGO set that was released in January 2012.

The set contains SpongeBob and Patrick dressed in pirate costumes, along with the Flying Dutchman. In addition to the minifigures, the set includes the Flying Dutchman's ship, along with an island. The ship includes a plank, a treasure map, two cutlasses, a shovel, and a bag of souls. The island resembles a stereotypical Caribbean island with trees and decor. 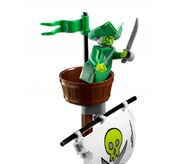 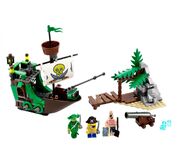 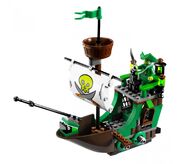 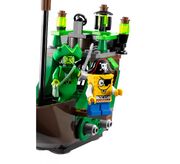 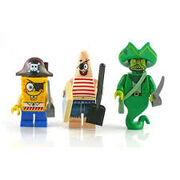 The Flying Dutchman lego set.
Add a photo to this gallery

Retrieved from "https://spongebob.fandom.com/wiki/The_Flying_Dutchman_(3817)?oldid=2520797"
Community content is available under CC-BY-SA unless otherwise noted.