Encyclopedia SpongeBobia
Register
Don't have an account?
Sign In
Advertisement
in: DVDs, Home video, SpongeBob SquarePants vs. The Big One,
and 5 more
English

View source
If you were looking for the article about the season, then see Season 6.

July 3, 2014
The Complete Sixth Season is a SpongeBob SquarePants DVD box set that was released on November 13, 2012 and contains all 47 episodes from season 6.

It's an entire season of hilarious SpongeBob firsts! He's round, tanned, and boringly normal! Plus, our intrepid fry cook becomes a tabloid reporter, tries professional wrestling, crashes Pearl's slumber party, and shrinks his last pair of square pants! The horror! And there's more - much, much more in this Season 6 collection!

"SpongeBob SquarePants vs. The Big One" shorts

"The Clash of Triton" shorts 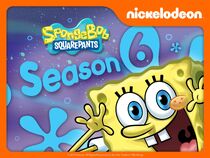 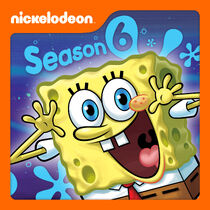