View source
If you were looking for the article about the season, then see Season 11.

The Complete Eleventh Season is a SpongeBob SquarePants DVD box set that was released on March 31, 2020. It contains all 50 episodes from season 11.

"The complete eleventh season of SpongeBob SquarePants is resurfacing, and it's bringing some of the most unforgettable characters in Bikini Bottom with it! Dive headfirst into 50 deep-sea tales of nautical nonsense! Enter DoodleBob's alternate dimension and take a trip to Bubble Buddy's hometown. Help SpongeBob keep Fred's leg out of harm's way, move Bubble Bass out of his mom's basement, and stop SpongeGar from wreaking havoc all over town! Make new friends, including an imaginary hamster, a sea bunny, the Krusty Krab's peculiar night crew and Sandy's nutty nieces. Plus, take a trip to the moon, solve the curious case of the missing clarinet and hear Gary speak for the very first time ever!" 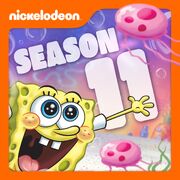 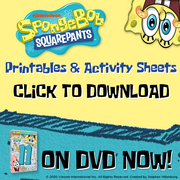 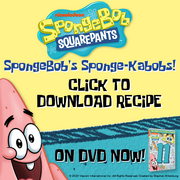