The Complete 3rd Season is a SpongeBob SquarePants DVD box set that was released on September 27, 2005 and contains all 37 episodes from season 3 and one episode from season 1 as a bonus feature.

Bryan Pope of the DVD Verdict, praised the video and audio quality on the set, as well as the episodes themselves, calling the season "the best one of the Nickelodeon mainstay." However, he questioned the inclusion of the pilot episode of the show in this set "now instead of in its natural spot with the first season."[1]

Disc 3
Add a photo to this gallery 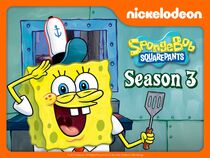 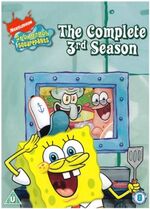 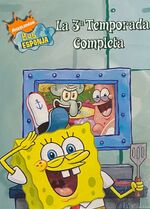 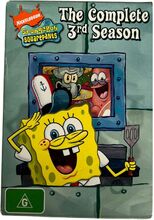 Alternate US Cover
Add a photo to this gallery

Retrieved from "https://spongebob.fandom.com/wiki/The_Complete_3rd_Season?oldid=2527306"
Community content is available under CC-BY-SA unless otherwise noted.