"Walking Small"
"Texas" is a SpongeBob SquarePants episode from season 1. In this episode, Sandy feels homesick and wants to return to Texas.

The episode starts up at Goo Lagoon where SpongeBob, Patrick, and Sandy are playing in the sand. Sandy makes some sand in the shape of Texas, which is soon destroyed by the goo tide. She walks off sadly, while SpongeBob tries to cheer her up and offers to play with her, but Sandy explains that she is just feeling a little homesick. SpongeBob and Patrick then blindfold her and take her to her treedome, which only adds to Sandy's depression. She begins crying, and runs off.

Both SpongeBob and Patrick are confused until they hear Sandy singing a song from on top of her treedome about how much she misses Texas. They decide to cheer up Sandy by throwing a Texas-themed party for her at the Krusty Krab. They go to Sandy's house to ask her to come to the Krusty Krab with them, but she tells them that she is leaving Bikini Bottom to move back to Texas. SpongeBob is shocked by this, and tries to convince her to go to the Krusty Krab, but fails. Sandy gets into a bus out of Bikini Bottom and leaves. Patrick insults Texas by calling it dumb, asking what is so great about it.

Suddenly, the bus comes back and Sandy returns, and she angrily berates Patrick for badmouthing her hometown. Patrick then asks if he can say that people from Texas are dumb, which angers her even further. This gives SpongeBob an idea to lure Sandy to the Krusty Krab. He and Patrick continue insulting Texas, and an enraged Sandy begins chasing them. They intend to lead Sandy to her surprise party at the Krusty Krab. Patrick continuously insults Texas, thinking Sandy is too slow to catch up to them, only to soon realize that she is very fast and catching up to them.

Sandy lassos Patrick and pulls him to her, and a nuclear explosion is shown in the background as he disappears. SpongeBob, still hoping to reach the Krusty Krab, begins screaming as he runs as fast as he can. Sandy's lasso reaches SpongeBob the instant he reaches the door of the Krusty Krab, and she attempts to pull him to her as he holds the door with his pinkie finger. Eventually, this causes the entire front of the building to be torn off, revealing the party inside.

Sandy realizes how much her underwater friends care about her, and that Bikini Bottom has become her true home, and decides to stay. The crowd is happy about this and starts cheering (with an exception of Squidward). Suddenly, Patrick once again insults Texas and as the episode ends with the shown off-screen cutting back to Bikini Atoll, Sandy gets angry once again, and Patrick asks if he should start running again. 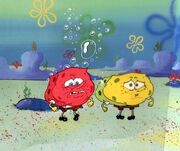 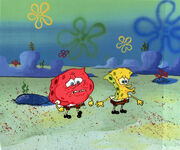 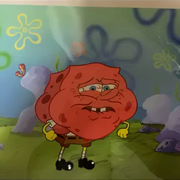 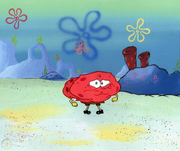 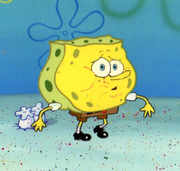 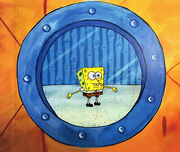 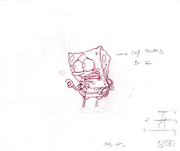 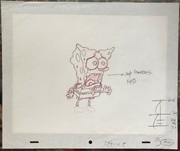 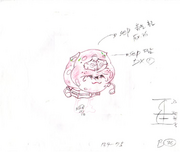 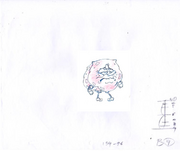 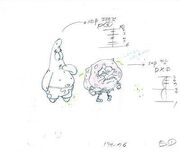 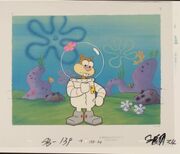 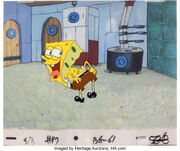 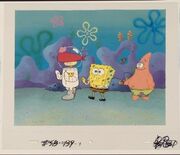 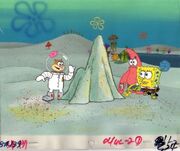 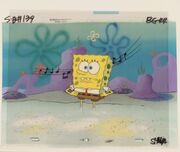 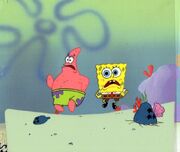 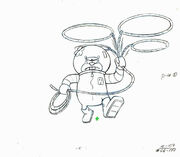 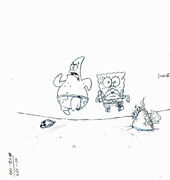 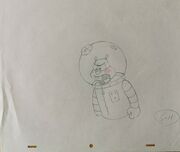 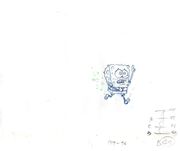 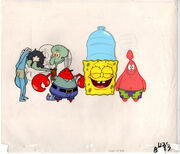