SuperSponge is a SpongeBob SquarePants video game for the PlayStation and Game Boy Advance which was released on November 5, 2001.

The main cover illustrates SpongeBob jumping with his fist raised, with waves describing his motion. SpongeBob's House is in the back, surrounded with bubbles, and a smiling Patrick is next to it. Mermaid Man and Barnacle Boy are standing next to Shady Shoals Rest Home, alert and looking at Spongebob. The series logo is above them, with the game's title to the right of it in a bendy font. A small sketch of SpongeBob is seen on a light beam.

"Hoppin' Clams! SpongeBob wants to give his friend Patrick Star autographs from their favorite superheroes, Mermaid Man and Barnacle Boy. But first, SpongeBob must succeed at some increasingly zany challenges. See if SpongeBob can fulfill the superheroes' requests to win their autographs!"

Bikini Bottom's pathway is going down the neighborhood into the Jellyfish Fields around Sandy's treedome across the Fish Hooks Park and around Downtown Bikini Bottom to fight a mother jellyfish.

Chapter 2: To the Center of the Earth

SpongeBob is in Shady Shoals fixing the TV. Mermaid Man and Barnacle Boy give the player the signed picture of them, and Barnacle Boy learns that friendship is priceless. Then everyone is in SpongeBob's house celebrating Patrick's birthday.

The Game Boy Advance version of SuperSponge has less detail than the PlayStation version due to hardware differences. Also, the spatulas are not a measurement of health. The health is separate, with 100 HP. Some enemies are redesigned as well. While there is no voice acting in the GBA version, the level design and story is mostly the same as the PlayStation version.

Since its release, SuperSponge received mostly mixed reviews. GameRankings gave the game 68% for the PS1 version and a 67.83% for the GBA version. The game ultimately sold well enough to be on the PlayStation Greatest Hits line. 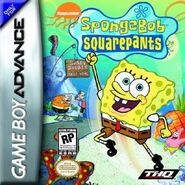 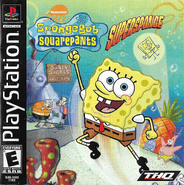 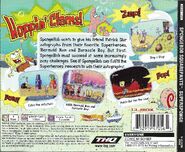 PlayStation back cover and spine. 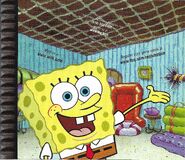 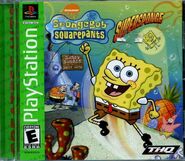 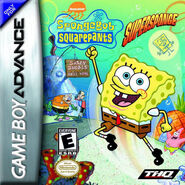 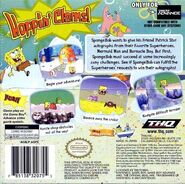 Game Boy Advance back cover.
Add a photo to this gallery 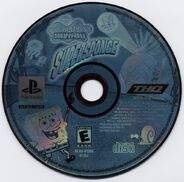 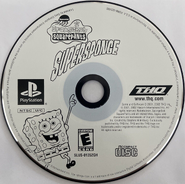