Encyclopedia SpongeBobia
Register
Don't have an account?
Sign In
Advertisement
in: DVDs, Home video, Articles in need of better images

View source
This is the page about the DVD. For other uses, see SpongeGuard on Duty (disambiguation). 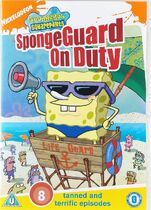