Encyclopedia SpongeBobia
Register
Don't have an account?
Sign In
Advertisement
in: DVDs, Home video, SpongeBob SquarePants vs. The Big One, Digital media
English

SpongeBob vs. The Big One (DVD)

SpongeBob vs. The Big One

September 21, 2009[2][3]
SpongeBob vs. The Big One is a SpongeBob SquarePants DVD that was released on March 3, 2009 and contains seven episodes from season 6. It is based on the special of the same name and three of the episodes on it are beach-related.

When SpongeBob and pals are swept out to sea, they must learn to surf or be stranded on a remote island forever! Then, SpongeBob and Patrick start 'Livin' like Larry,' Patrick gets a nose, Plankton gets a customer and lots more!

Get on board for an episode so epic, it's called the big one! SpongeBob and pals have been swept out to sea and they must learn to surf or be stranded on a remote island forever. Only one man can teach this motely crew the skill they need in time for the arrival of the only wave strong enough to carry them all the way back to Bikini Bottom. That man is Jack Kahuna Laguna, played by guest star Johnny Depp. The excitement ‘ll keep you on the edge of your board! Then, SpongeBob and Patrick add adventure to their dull lives by 'Livin' like Larry,' SpongeBob and Patrick find out they can't attend the biggest party on Goo Lagoon because they aren't tan… yet, Squidward's Kelp Grow garden spray makes everything it touches huge, Patrick returns from the surgeon with a nose and experiences the smell of stink, SpongeBob and Patrick go on the case when the Krabby Patty secret ingredient goes missing, and Plankton has his first regular customer, but Mr. Krabs wants him at the Krusty Krab! 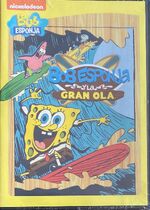 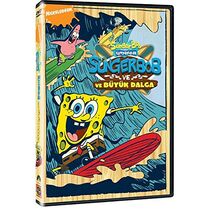 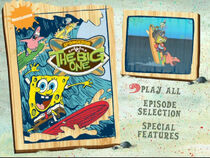 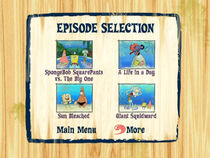 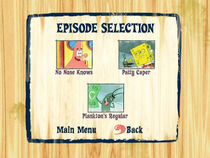 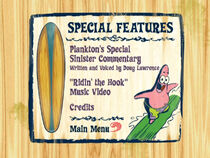