Encyclopedia SpongeBobia
Register
Don't have an account?
Sign In
Advertisement
in: Video games, SpongeBob SquarePants vs. The Big One, Games
English

The player, as SpongeBob, runs the Krusty Krab. When both Mr. Krabs and Plankton want to cook for Jack Kahuna Laguna's beach party, Jack demands a contest to decide who will cook at the party. Plankton's cousins want to help him, but Plankton will not pay them for their work. Mr. Krabs will not pay much, but it is better than nothing.

Throughout the game, the player will play through five "Episodes," each with a new judge after every three Workdays, and a new theme for the Krusty Krab. The player will then need to help SpongeBob train a group of Plankton's cousins to become the best chefs in Bikini Bottom.

The game consists of cooking mini-games, similar to Cooking Mama, and restaurant management. The player oversees the staff of Planktons as they work to fill the orders of the day. Occasionally, the player will be asked to help a Plankton complete a task by playing a mini-game representing a cooking activity. In all, there are 25 different mini-games that are used to represent tasks like slicing, stirring, whisking, and garnishing.[1]

While the Planktons do most of the work during the regular shifts, challenges where the player must prepare an entire recipe on their own are unlocked after a few shifts. The player can also buy new recipes, manage the menu, and decorate the restaurant.[2]

Cheats can be entered by clicking on the Management button and then the wrench button. After clicking the "Enter Cheat" button, the player is instructed to order a sequence of seven numbers. There are 7 total cheats for Beach Party Cook-Off. The first five can be toggled from the "Activate Cheat" menu, while the Secret Recipes are instantly activated and added to the menu.

The game's cheats remained unknown until May 4, 2022, when they were datamined and tested. 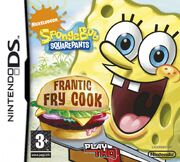 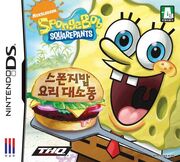 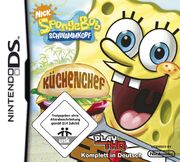