SpongeBob and the Princess

After telling Squidward the news, he becomes anxious and crazy. He tells SpongeBob not to tell Mr. Krabs because Squidward doesn't want customers there when the princess comes. When they are getting ready and prepared, Mr. Krabs overhears them talking. He puts flyers up everywhere. When only napkins come that day, SpongeBob dresses up as Princess Neptuna, but not in a realistic manner. It is almost instantly revealed that it isn't her.

After many tomatoes are thrown and lots of booing, the real Princess Neptuna comes to the Krusty Krab. She eats there, and all goes well. In the end, the princess feeds a Krabby Patty to SpongeBob. The next page is a Mr. Krabs Secret Message Puzzle, as the book ends. 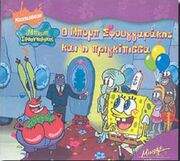 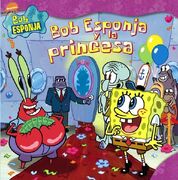 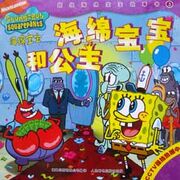 Retrieved from "https://spongebob.fandom.com/wiki/SpongeBob_and_the_Princess?oldid=3459872"
Community content is available under CC-BY-SA unless otherwise noted.