978-1416949855
SpongeBob Goes Green! is a SpongeBob SquarePants book written by Molly Reisner and illustrated by Stephen Reed. It was published by Simon Spotlight/Nickelodeon on January 6, 2009 and reprinted on Kindle on November 14, 2011. It is available in the United States, Canada, the United Kingdom, and Australia, and has 24 pages.

SpongeBob comes to work, excited about Mr. Krabs' secret surprise. Mr. Krabs takes SpongeBob and Squidward behind the Krusty Krab to reveal a big pool with a diving board. Mr. Krabs then announces that SpongeBob is the pool manager.

The next day, Mr. Krabs gathers his customers outside the restaurant for the opening of the pool. Then, the customers complain that spring just started and it's too cold.

The day after that, SpongeBob comes to the Krusty Krab to see a huge chimney puffing smoke out of the Krusty Krab. Thinking it is a fire, SpongeBob rushes in to save Mr. Krabs, only to find different boats pumping carbon dioxide into the atmosphere.

Mr. Krabs then explains that smoke will warm up the temperature to bring an endless summer and bring customers to the new pool.

Wanting to have customers as soon as possible, SpongeBob teams up with Patrick and starts pumping carbon dioxide, burning boat tires, and wasting electricity. Soon enough, many customers line up at the pool to get refreshment from the Krusty Krab Pool, but then, Sandy shows up, not in a happy mood. Sandy explains that there are gasses called greenhouse gasses that keep the temperature just right. When pumping carbon dioxide into the atmosphere, it creates more greenhouse gasses needed, thus making the planet hotter than it should be. It is called global warming. Angered, Sandy proposes that she will not visit the Krusty Krab until they stop polluting the environment. Feeling bad, SpongeBob talks to Gary, convincing himself that she was overreacting.

The next day at work, plants are dying everywhere and the pool is overflowing with customers trying to cool down. The day after that, the water in the pool is evaporating due to the overwhelming heat.

Deciding to apologize, SpongeBob heads to Sandy's treedome to find that she, Squidward, Patrick, and Gary left for the town of Murky Waters due to the heat. SpongeBob travels to Murky Waters and announces to the Bikini Bottomites that he made a mistake and asks if they could all work together to restore their town. Everyone heads back and starts to use bikes, less electricity, and plant more trees to restore their town. Sandy and SpongeBob then head to the Krusty Krab Pool to celebrate restoring the now beautiful town of Bikini Bottom. Mr. Krabs walks towards SpongeBob and gives him the honor of managing the re-opening of the Krusty Krab Pool in the season of summer. 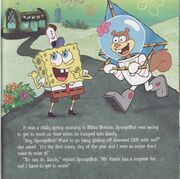 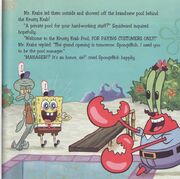 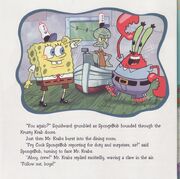 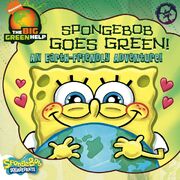