View source
This is the page about the DVD. For other uses, see SpongeBob You're Fired (disambiguation).

It is based on the episode of the same name.

We're serving up over 2 hours of work-centric tales featuring SpongeBob working for Plankton, pulling a spatula from a vat of ancient grease, coming aboard the Krusty Krew, getting fired from the krew, painting Mr. Krabs' living room, and lots more!

Fire up the grill for over 2 hours of work-centric tales featuring Bikini Bottom's most dedicated fry cook, SpongeBob SquarePants. But what happens when this loyal worker gets the heave-ho? Find out in the special double-episode, SpongeBob You're Fired! Then enjoy more adventures from the grill when SpongeBob goes to work for Plankton, pulls a spatula from a vat of ancient grease, meets his Krusty Krab predecessor, takes his talents to a snooty French restaurant, challenges Squidward for "Employee of the Month," prepares "sal-ads," cooks up the Krusty Krab's latest culinary offering (which looks like a hot dog but tastes an awful lot like a Krabby Patty!), renews his milkshake-making license and more! You'll even get to relive the moment when SpongeBob came aboard the Krusty Krew, painted Mr. Krabs' living room, starred in the video for all new Krusty Krab employees and delivered the first (and only) Krusty Krab pizza. It's all on the menu for your viewing enjoyment! 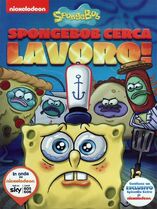 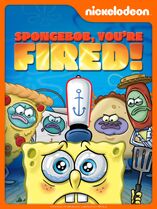 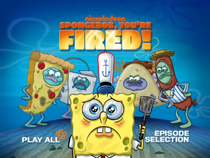 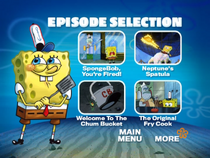 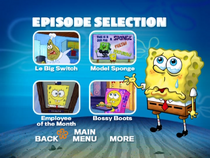 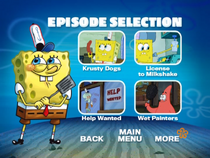 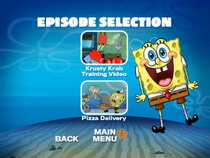