February 25, 2015[1]
SpongeBob's Frozen Face-Off is a SpongeBob SquarePants DVD that was released on January 10, 2012 and contains seven episodes from season 8, as well as two episodes of Fanboy & Chum Chum and T.U.F.F. Puppy as bonus features.

It's a race to the South Pole. With the whole town occupied, will Plankton finally get his hands on the formula and end the Krusty Krab's fast-food supremacy for good?

Oh buoy! You’re in for an absorbing good time with a race for a million dollar prize, Squidward hurt on the job, the new "Flabby Patty" restaurant, the Krusty Krab’s new drive-thru window, Mrs. Puff’s newest chance to teach SpongeBob to drive, and more! 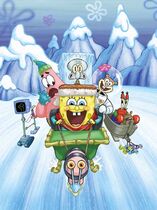 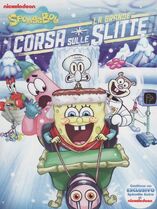 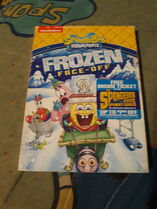 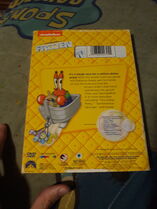 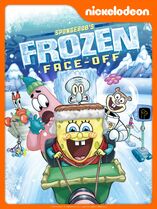 USA (with Letter of Santa Stationary)