View source
This is the page about the DVD. For other uses, see Atlantis SquarePantis (disambiguation).

Take a trip to Atlantis, home to The Oldest Living Bubble, find out what happens when money talks, get the Krusty Krab culinary lowdown from food critic Gene Scallop, hear Patrick's musical masterpiece and more in this hilarious collection.

When SpongeBob finds the two halves of an ancient amulet, he and his pals are transported to the lost city of Atlantis, home to gems and jewels, high-tech science equipment, priceless works of art, and The Oldest Living Bubble. Unfortunately, Patrick's camera flash pops the bubble! Now everyone is on the run from the Atlantean Guards in this special double episode Atlantis SquarePantis, featuring the voice talent of David Bowie! If this isn't excitement enough, find out what happens when Mr. Krabs' money talks back, cheer on SpongeBob in his battle against a machine, see Squidwad being Squidward when he tries ruining SpongeBob's chances in a dance-a-thon, get the lowdown on the Krusty Krab's culinary offerings from food critic Gene Scallop, hear Patrick's musical, a hem, masterpiece, and see if SpongeBob can stay neat and tidy for picture day at school in this hilarious collection of deep-sea selections. 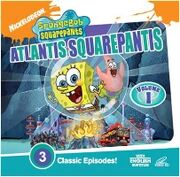 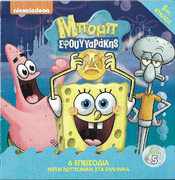