Season 5 Volume 1 is a SpongeBob SquarePants DVD box set that was released on September 4, 2007 and contains the first twenty episodes from season 5.

Currently retired critic Roy Hrab of the DVD Verdict said in a review of it, that "there's nothing new here and adults will be disappointed, but the latest installment of SpongeBob SquarePants delivers a lot of silly and good-natured fun for the kids." He also criticized the extras for being "forgettable" and "almost non-existant."[1] 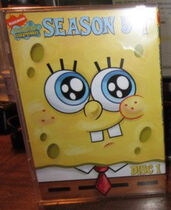 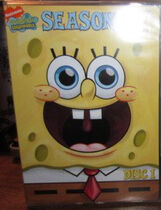 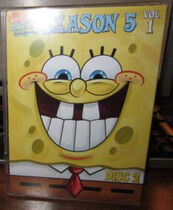 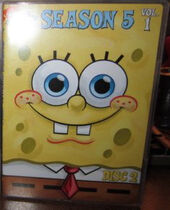 Disc 2's Back
Add a photo to this gallery

Retrieved from "https://spongebob.fandom.com/wiki/Season_5_Volume_1?oldid=2520773"
Community content is available under CC-BY-SA unless otherwise noted.