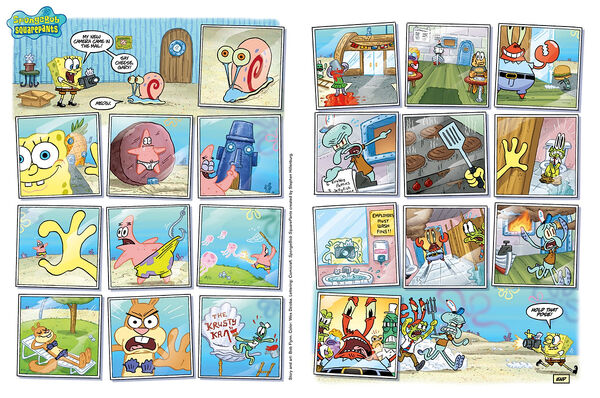 SpongeBob had a new camera in the mail, and used it to photograph everyone in Bikini Bottom. Unfortunately, nobody likes this idea and at the end, they form a mob to chase after SpongeBob.

Retrieved from "https://spongebob.fandom.com/wiki/Say_Cheese?oldid=2898492"
Community content is available under CC-BY-SA unless otherwise noted.