"Rubber Hose Rag" is a song about SpongeBob being determined, excited, and prepared to go to his daily job at the Krusty Krab. This song is featured in the episode "Truth or Square." Patchy, a huge fan of SpongeBob, held on to this song for a very long time, therefore being recorded with an old, vintage effect.

List of sentient objects that appear during the song 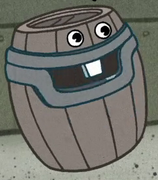 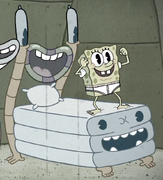 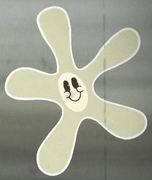 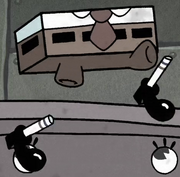 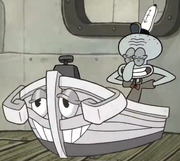