View source
watch 02:32
'SpongeBob SquarePants' Recap: Ripped Pants
Do you like this video?
Play Sound
This is the page about the episode. For other uses, see Ripped Pants (disambiguation).

"Jellyfishing"
"Ripped Pants" is a SpongeBob SquarePants episode from season 1. In this episode, SpongeBob rips his pants, causing everyone to laugh.

The episode begins with SpongeBob and Sandy having a good time at Goo Lagoon. A lobster named Larry comes by and asks them if they want to do some weights. They accept, despite SpongeBob not being in the mood to do weights. Larry and Sandy do several impressive weight stunts, while SpongeBob tries to pick up a stick. When SpongeBob strains to pick up a stick with two marshmallows on the sides, he accidentally rips his pants.

SpongeBob tries to figure out more ripped pants jokes as the last one did not work but realizes nobody is paying attention to him, and tears off his pants during the course of one of these jokes. The pair of pants suddenly takes on a personality and deserts SpongeBob as well. He sees some other people who make big mistakes. SpongeBob decides to sing a song about how he lost his friends due to ripping his pants. Sandy forgives SpongeBob for what he did, and he rips his underwear while signing Larry's shorts, making him embarrassed and ending the episode shortly after. 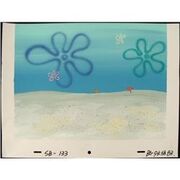 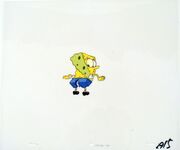 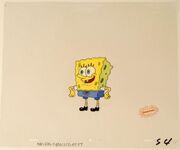 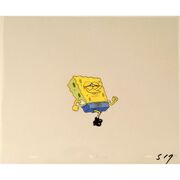 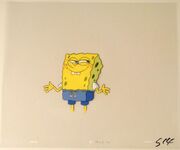 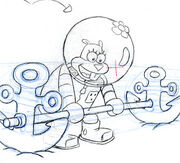 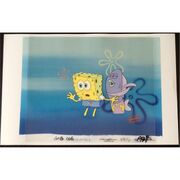 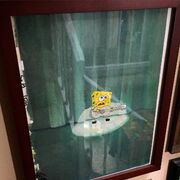 When SpongeBob Ripped his Pants! 👖 TuesdayTunes