View source
If you were looking for the article about the 2004 event with a similar title, then see Plankton's Revenge.
Video game
Gallery
Transcript

The game's story begins on a military cargo ship. The ship's captain realizes his radio's batteries are low, so he orders an ensign to get him some fresh batteries. The ensign goes to retrieve the batteries, but accidentally trips and drops the batteries into the ocean. The batteries sink downward to Bikini Bottom and land right in front of the Chum Bucket. Plankton discovers the batteries scattered all over his yard. He then gets the idea to take all the batteries and use their power to create an entire robot army, as well as several giant battle mechs for himself and his family. With his new mech, Plankton heads over to the Krusty Krab and demands that the Krabby Patty Secret Formula be surrendered to him. Mr. Krabs, naturally, won't give in, but that doesn't deter Plankton, who proceeds to steal the safe with the formula inside, along with a map that shows the location of three keys that unlock the safe. However, SpongeBob and his friends agree to team up with Mr. Krabs to fight Plankton's army and stop him and his cousins from finding the keys.

This game is a third-person co-op shooter, similar to Ratchet & Clank: All 4 One. Players can purchase and upgrade their gizmos of choice. The PlayStation 3, Xbox 360, and Wii versions of the game feature four-player co-op, whilst the Wii U version allows for an additional fifth player when using a GamePad with four other controllers. Portable versions are only played with a single player.

Achievements and trophies (PlayStation 3 and Xbox 360 versions only)

The Wii version has a menu dedicated to cheats, of which there are six. They can be unlocked by entering their corresponding button combos while in the Cheats menu.

The Nintendo DS version is a lot more limited movement-wise compared to the console version as the player cannot jump at will, but the player automatically jumps when he or she moves their character off the edge of a cliff. Along with that, this version has only 4 gizmos compared to the console and Nintendo 3DS versions which has 7 gizmos. The 4 gizmos in the Nintendo DS version are the Pickle Blaster, Portable Tartar Sauce, Reef Blower, and Neptuning Fork. The music is also lower quality due to the limitations of the Nintendo DS.

Some of the APM tracks used in the TV show (and theme song) was used in this game including:

Plankton's Robotic Revenge has received mixed to negative reviews from critics. While the game was panned for it's slowly developed gameplay, the return of the original voice actors were praised.

IGN panned the game with a score of 3.5 out of 10 saying, "This simple, short, and uninteresting game just drops on the deck and flops like a fish."[5] Both the UK and Australian PlayStation Official Magazine were mixed with a 5 out of 10. Official Xbox Magazine UK said the game was "occasionally difficult, never fun."

Nintendo Life in a review for the Wii U release rated it 4 out of 10 calling it an "uninspired, repetitive game that does nothing with the boundlessly bonkers potential of its legendary license."[6] Chris Morris of Common Sense Media rated it 2 out of 5, ending the review stating "this might be a good game for a 5- or 6-year-old, but, as it stands, it's not a good choice for anyone."[7]

GamingBolt gave the game a 7 out of 10, making it the game's only positive review.[8]

Plankton's Robotic Revenge was not a great success, with 421,000 copies sold across all platforms.﻿[citation needed] 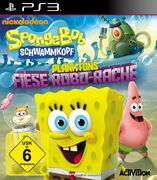 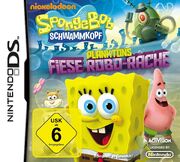 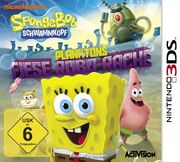 
Community content is available under CC-BY-SA unless otherwise noted.
Advertisement