Encyclopedia SpongeBobia
Register
Don't have an account?
Sign In
Advertisement
in: Video games, Sections in need of expansion, Games,
and 3 more
English

GameCube
PlayStation 2
Game Boy Advance
Nintendo DS
Nicktoons: Battle for Volcano Island (also known as SpongeBob and Friends: Battle for Volcano Island in Europe), is the sequel to the 2005 video game Nicktoons Unite! Players assume the role of up to 6 playable characters from numerous Nickelodeon shows, such as Danny Phantom, SpongeBob SquarePants, and The Fairly Odd Parents. The plot involves Danny Phantom, SpongeBob SquarePants, Timmy Turner (with Cosmo and Wanda), Patrick Star, Sam Manson, and Sandy Cheeks to protect the Volcano Island from an all-new villain named The Mawgu.

Tucker Foley, Squidward Tentacles, and Jimmy Neutron also appear, but only as support and are non-playable.

In an island world called Volcano Island, a trio of crabs, led by the Wise Old Crab and his two assistants are gathering around a ritual at Summoner's Rock to summon 'The Nine' heroes to defeat their ancient enemy, the Mawgu. However, the Mawgu breaks the circle of summoning, scattering the nine heroes across the island. SpongeBob SquarePants and Danny Phantom end up right where the Wise Old Crab is. He tells them that he has summoned them here and tells them that the Mawgu has escaped from his prison and is seeking vengeance against the island. The Mawgu has created a terrible ooze corrupting everything and everyone that it touches. However, according to the crabs' legends, the "Chosen Ones" can rescue everyone from the Mawgu Ooze and defeat the Mawgu.

Upon learning the basics from the Wise Old Crab, SpongeBob and Danny run into Patrick bouncing on a diving board. Patrick joins them and the three continue on to a shipwreck on a cliff. After crossing the shipwreck, they find Danny's friend Tucker being attacked by seagulls. They eventually save him. Tucker questions Danny about the whole situation and the Wise Old Crab finally finds a safe spot to build their camp.

In the camp, the Wise Old Crab tells the whereabouts of the "Night Girl" and the "Whiny Cephalopod". The heroes venture to a nearby lagoon where they find Sam fighting the sand monsters in the Fenton Peeler Suit. Sam mentions a weird noise on the other side of the lagoon and the heroes investigate to find a clarinet sticking out of the sand. SpongeBob knew right away that it was Squidward and pulls the clarinet freeing him. Squidward makes a sarcastic remark afterward.

Back at the camp, the Wise Old Crab tells the location of the "Three-Headed Boy" to be found in an armed fortress filled with exile crabs. After crossing the dense jungle, the heroes reach the fortress, being attacked by numerous crab soldiers as they infiltrate. They find Timmy Turner, Cosmo, and Wanda leading a parade of crabs and it is revealed that they are actually being held captive. The heroes then head to the main gate to free Timmy and escape. After freeing him, Timmy finds a Jimmy Neutron communicator, however, it is lacking a battery so the heroes were unable to communicate with Jimmy.

Back at the camp, SpongeBob and Danny find a crab villager in desperate need of help. His village is being attacked by a giant sand monster called "The Great Carrapace." They then head to the village and defeat the sand monster. The Wise Old Crab awards them with a jewel which happens to be the communicator battery. They finally made contact with Jimmy Neutron, still in Retroville due to the Mawgu's interruption of the ceremony and he tells them that the Mawgu is using a dimensional rift to harness energy from all of their homeworlds which would eventually lead to their destruction. Jimmy gives the heroes the blueprints to the Neutron Rip Zipper, a machine that will drain the Mawgu of its power. The heroes now must search the island for parts. Using Jimmy's blueprints, Tucker sends the rest of the heroes to collect parts for a Rift Zipper, to seal the rift and stop the Mawgu.

The Wise Old Crab tells the location of the last hero, the "Deep Sea Squirrel". They head out to ancient ruins to find Sandy in a scuffle with the rock monsters. After helping her out, Tucker informs the group that a Rip Zipper part is nearby. Sandy finds the part behind a crystal wall and breaks it along with SpongeBob with their karate skills. Sandy then questions them of what's going on. After Patrick's long story of him "jumping," Sam finally tells her that they must save the universe.

At the camp, the Wise Old Crab desperately tells the heroes that the queen of the Myrmecs has been kidnapped by the Florian tribe and being held captive at an oose mine. The heroes head out and free the queen from her captors. Jimmy also informs another Rip Zipper part is found nearby and the heroes collect it. Back at the camp, the Queen tells the heroes that the Florian tribe leader King Gorge build a dam to stop the water flowing through their village and now they're forced to drink the ooze, making them slaves to the Mawgu.

The heroes confront King Gorge. Sam begs him to stop but King Gorge refuses. As the heroes fight him, the Myrmecs start chipping away at the dam and it finally collapses. The water converts King Gorge back to his original self, awarding them with the final part of the Rip Zipper.

Now the heroes finally set out to the Mawgu's lair, the volcano. After reaching the summit, they confront the Mawgu and follow him to the dimensional rift above. The other heroes distract him while SpongeBob, Danny and Squidward scale the debris floating through the rift. SpongeBob and Danny finally battle him and use the Rip Zipper to drain him of his power. After that, Tucker opens a portal that sucks the Mawgu, sealing him for good.

After the battle, Jimmy activates a portal for the heroes to go home. The Wise Old Crab and the Myrmec Queen congratulate them for their help. After the heroes leave, the camera then zooms to a cliff where the hero's faces are carved to honor them.

As you travel through levels, you will find items that will unlock special secrets. Here's a list of Salvage Items:

The concept art of the console version reveal a few ideas that were scrapped from the final release. One specific artwork showed SpongeBob and Danny fighting a Florian robot in the Fetid Forest, which meant that the Florian robots seen in the background were originally going to be made as enemies. Another idea planned was SpongeBob using a paraglider. However, it's unknown for which level it was planned.

Jenny Wakeman (XJ-9) and Jimmy Neutron were also planned to be playable. The latter only appears as a non-playable character in the game. 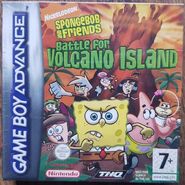 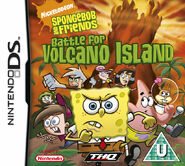 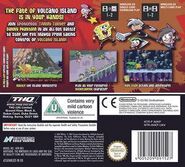 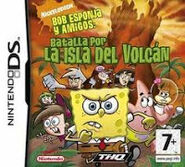 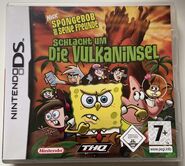 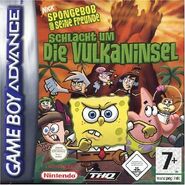 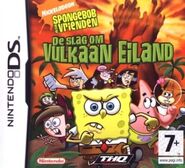 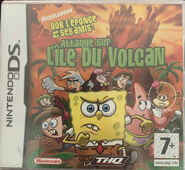 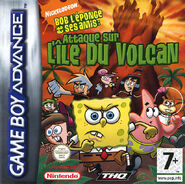 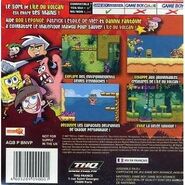 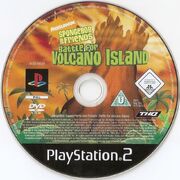 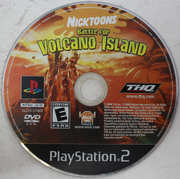 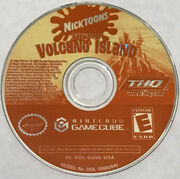 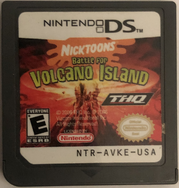