"The Whole Tooth"
"Mutiny on the Krusty" is a SpongeBob SquarePants episode from Season 9. In this episode, when a rip current blows away the Krusty Krab, an insane Mr. Krabs has to guide his employees and customers back to their homes.

In the beginning of the episode, a rip current is hitting Bikini Bottom and everyone is making preparations. Mr. Krabs, who appears to be in a cranky mood, goes to the Krusty Krab and his workers ask if the rip current will hit the restaurant. But Mr. Krabs does not believe that anyone is in danger, and he orders them to get to work. The customers ask him if they can go home, but he announces that no one is leaving until they order something. Buddy calls Mr. Krabs a tyrant, which results in him berating and belittling everyone in the restaurant. SpongeBob wonders why Mr. Krabs is in such a sour mood, with Squidward pointing out that the reason is most likely out of pettiness to the fact that it is "pay day," the day in which he actually must pay his employees. Mr. Krabs then announces that he is not going to pay them, and that he is the captain of the restaurant and everyone has to do what he says or else.

Suddenly, a sunken ship gets its anchor attached to the roof and sends the restaurant hurdling into the rip current, Mr. Krabs realizes his arthritis was messing up his detector and he was wrong. Fortunately, SpongeBob manages to safely steer the Krusty Krab and save the customers. As SpongeBob steers, Squidward announces that everything is under control. The customers praise him a hero and make him the new captain. Mr. Krabs is offended by this and the customers plan on getting revenge on him for his actions and harsh treatment. SpongeBob stops the feud and lectures them about the good things Mr. Krabs did. The customers come to see that even though Mr. Krabs can be a tyrant, he is still a good person and eventually agree to go easy on him.

However, since there is no one to steer the restaurant, Mr. Krabs is sent flying outside. The customers blame Squidward for losing Mr. Krabs, when all of a sudden, the restaurant flies off course and lands in the middle of a forest. Everything seems safe for everyone and they start to discuss what they should do. However, a horrifying monster comes and starts attacking everyone. SpongeBob asks Squidward to protect the customers since he is the captain, but Squidward claims that he cannot fight. The customers insist and take Squidward outside to fight the monster. But once they throw him out, he ends up getting eaten instead.

SpongeBob decides to fight the monster himself until Mr. Krabs unexpectedly arrives. SpongeBob and the customers beg Mr. Krabs to fight the monster, but he selfishly refuses and turns his back on them like a spoiled child. SpongeBob tells Mr. Krabs that if he does not save them, then he will destroy his first dime. After many failed attempts, SpongeBob is about to do the worst thing he can do to his dime: spending it on candy. Mr. Krabs reluctantly agrees that he will save the customers, but only if they promise to let him be the captain and spend all of their money in the restaurant. Mr. Krabs goes outside and defeats the monster, freeing Squidward in the process. SpongeBob rewards Mr. Krabs for his heroic efforts while Mr. Krabs rewards SpongeBob a pay day for not giving up on him. Squidward and the customers are then forced to pull the Krusty Krab back to Bikini Bottom while SpongeBob and Mr. Krabs sit on the roof, as the episode ends. 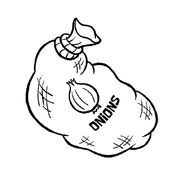 Retrieved from "https://spongebob.fandom.com/wiki/Mutiny_on_the_Krusty?oldid=3558736"
Community content is available under CC-BY-SA unless otherwise noted.