A Nick Arcade adaption of this game for PC was released in 2008.

A meme edition of the board game was released in early April 2021.

The player must help SpongeBob and his friends out-buy each other.

When you play the SpongeBob version of this game, there are 12 bonus cards you need to collect to unlock the secret character. Here are all the bonus cards shown below: 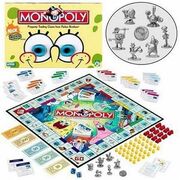 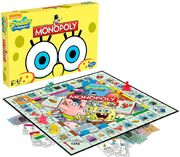 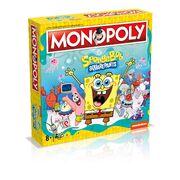 Retrieved from "https://spongebob.fandom.com/wiki/Monopoly_SpongeBob_SquarePants_Edition?oldid=3513425"
Community content is available under CC-BY-SA unless otherwise noted.