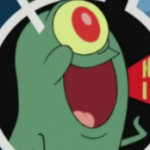 aka Person that have popular opinion :o

1: Don't say anything bad about Season 2.