"Your Shoe's Untied"
"Mermaid Man and Barnacle Boy II" is a SpongeBob SquarePants episode from season 1. In this episode, SpongeBob wins a conch shell in a contest to summon his heroes.

Within seconds, SpongeBob's prize is delivered to him. SpongeBob has won the conch signal, a conch which has a noise that is a signal which Mermaid Man and Barnacle Boy respond to. SpongeBob blows the shell and Mermaid Man and Barnacle Boy hear it from Shady Shoals, springing into action. When they arrive at SpongeBob's house, Mermaid Man at first thinks that SpongeBob has been disfigured before Barnacle Boy recognizes him and points it out to his crimefighting partner. SpongeBob explains to the duo that he won the Conch Signal in a contest and that there is no danger; he is simply seeing if works. They then explain to him the importance of the signal and tell him that he must only use it for major emergencies.

Later on, Mermaid Man and Barnacle Boy hear the conch once again while showering and rush to SpongeBob's house, where he appears to be dead on the floor. However, he then reveals that he simply is having trouble opening a jar of mayonnaise. Barnacle Boy is annoyed by this, but Mermaid Man reminds him that emergencies do not come around as often as they used to, and he tells SpongeBob that he can blow the conch "every once in a while." However, SpongeBob ends up constantly calling Mermaid Man and Barnacle Boy to help him with normal everyday tasks. Eventually, the two heroes are exhausted and Barnacle Boy confiscates the item and yells at SpongeBob, who is now in tears and apologizing, explaining that he just wanted to spend time with them. Barnacle Boy ignores his pleas and attempts to destroy the conch signal using his iconic 'Sulfur Vision', but cannot bring himself to do so out of weariness.

Mermaid Man stops him from scolding SpongeBob and tells SpongeBob that the conch signal is too great of a responsibility for him. Instead, they let SpongeBob join them on their daily patrol, with SpongeBob dressed as a superhero.

They do various activities, such as keeping lookout from on top of a tall building. While patrolling the streets in the Invisible Boatmobile, Mermaid Man and Barnacle Boy see an old man, who was once the Atomic Flounder. The two joke about how he could possibly return to villainy before SpongeBob attacks the old man, taking the joke seriously. They stop him as he states his misconception, not understanding that the man is no longer a villain or threat. Angered by this revelation, the former Atomic Flounder pushes SpongeBob off of him as he yells at the heroes and blows atomic breath in Barnacle Boy's face, disintegrating it. The fumed old man then storms off from the heroes.

At a diner, SpongeBob asks Mermaid Man and Barnacle Boy what they will do the next day before they ask SpongeBob to find their theme song on a jukebox. As he tries to find it, they both remark he is a good kid but a pain and decide to "ditch" SpongeBob. Outside, however, they are attacked and trapped by their nemesis, the Dirty Bubble. When SpongeBob finally finds the song, which is the special dance mix version, he comes outside to tell them and sees their predicament. He asks the Dirty Bubble for his autograph, saying that he is his favorite super villain, and accidentally pops the Dirty Bubble with the tip of the pencil, saving the day.

The trio then ride off in the invisible boatmobile, and closes the episode singing a Mermaid Man and Barnacle Boy-themed version of "Jingle Bells." 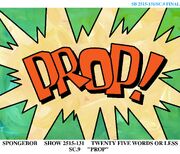 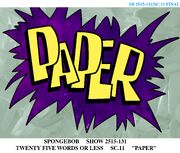 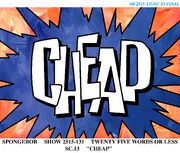 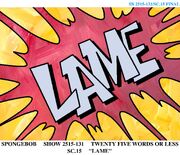 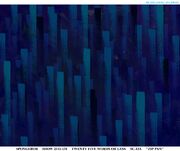 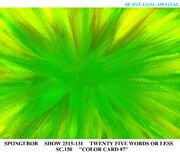 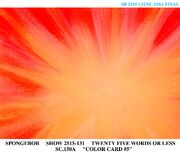 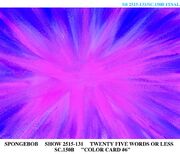 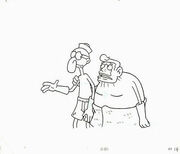 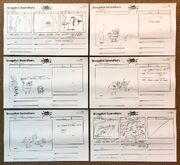 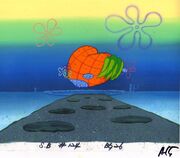 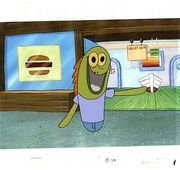 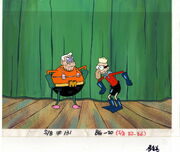 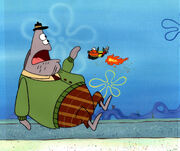