Start a Wiki
If you were looking for the article about the comic book, then see Mermaid Man & Barnacle Boy.

"Mermaid Man and Barnacle Boy" is a SpongeBob SquarePants episode from season one. In this episode, SpongeBob and Patrick learn that their heroes are retired.

SpongeBob and Patrick look at the journey of the famous superheroes - Mermaid Man and Barnacle Boy. They decide to visit Squidward, who is annoyed by the antics of his friends. By calling Squidward Reflecto, SpongeBob and Patrick learn that their characters actually live in a nursing home and have long since retired. They decide that such crime fighters have nothing to do in retirement, and come to the Shady Shoals nursing home, where they are met by its caretaker. He escorts the friends to the superheroes. SpongeBob tells them that superheroes should not be retired, but they should fight evil. Mermaid Man creates a panic when he hears the word "evil." Meanwhile, the caretaker of the nursing home arrives and throws SpongeBob and Patrick out.

While the evil fighters are going to the cafeteria for lunch, SpongeBob arrives and makes an inspiring speech about how superheroes shouldn't be retired. While SpongeBob is telling this, the caretaker comes again and throws him right out to his house.

SpongeBob and Patrick come up with a new plan to free the superheroes from retirement: SpongeBob, disguised as a woman, drops his bag, and Patrick, disguised as a criminal, steals it. Suddenly, Barnacle Boy comes to the Sponge and says that they will always be retired, because there is no evil. Mermaid Man interrupts him and replies that there is always evil. They start arguing until SpongeBob interrupts them and says that he and Patrick have painted their invisible boatmobile. Barnacle Boy decides to end the argument and rubs Mermaid Man that evil is right in front of them. It shows their rings, which resume their superhero activities, and the evil fighters get into a fight with SpongeBob and Patrick, who are admired from there. Mermaid Man and Barnacle Boy do everything possible to remove unwanted guests: Waterballs, Raging Whirlpool. And finally, for the third time, they are lucky: they are helped by elderly residents of a nursing home who pick up SpongeBob and Patrick and push them back into their homes. 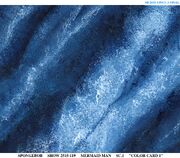 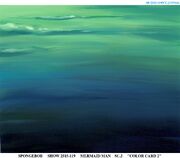 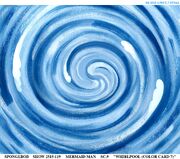 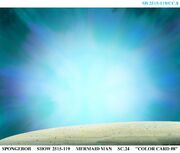 Unused shot of SpongeBob's hand with a donut

Unused shot of a cherry pie 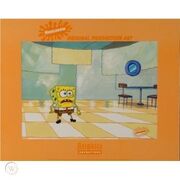 Retrieved from "https://spongebob.fandom.com/wiki/Mermaid_Man_and_Barnacle_Boy?oldid=3288210"
Community content is available under CC-BY-SA unless otherwise noted.