Encyclopedia SpongeBobia
Register
Don't have an account?
Sign In
Advertisement
in: Articles in need of images, Sections in need of expansion, Lists of objects, Lists

These are all of the driver's licenses shown throughout the SpongeBob SquarePants series. 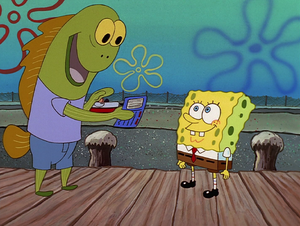 Mr. Krabs' has two licences, different from each other. Besides having different home addresses and images (with Mr. Krabs wearing facial hair and one without), they are almost completely the same. They only appear in the episodes "Sleepy Time", and "Mall Girl Pearl".

This license appears in "Driven to Tears" and "FarmerBob". 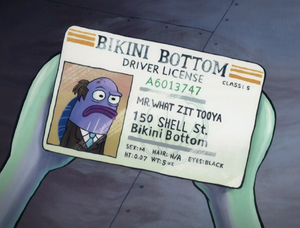 This license appears in "Good Ol' Whatshisname" with its owner for Squidward to see his name. 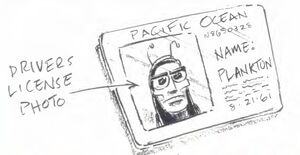 The SpongeBob Movie: Sponge Out of Water deleted scene "Mad Chase" shows a license belonging to Plankton.[1] Another license appears in the 1997 pitch bible for the show by Stephen Hillenburg. 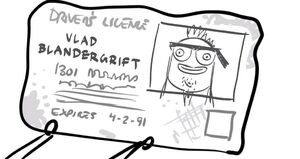 A The SpongeBob Movie: Sponge Out of Water deleted scene shows a license belonging to Vlad Blandergrift,[2] a Brad Vandergrift reference by Dave Cunningham.[3]