Currently retired critic Jeff Robbins of the DVD Verdict called the episodes "not that funny" and "unworthy of their own separate DVD release," while also comparing them to the 2004 ABC drama television series Lost. He called the extras on the DVD release "brief," "fairly useless," and "disc filler," while praising the short "SpongeBob's Legendary Dance Party" for its visual gag "that made me laugh harder than anything else on the disc."

Despite calling the disc "guilty," he said that "even a bad episode of SpongeBob SquarePants is better than a good episode of not only most Nickelodeon programs, but many television comedies targeted at adults" and that "there are worse ways to spend $15.00."[2]

USA (with out the silpcover) 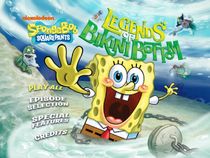 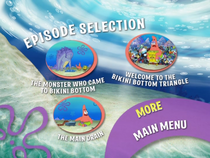 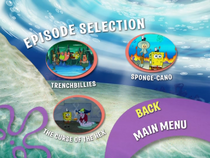 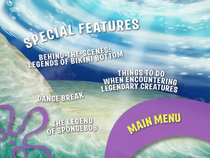 SpongeBob Behind the Scenes Legends of Bikini Bottom

SpongeBob - The Legend of SpongeBob