"Party Pooper Pants"
"Krusty Krab Training Video" is a SpongeBob SquarePants episode from season 3. In this episode, the Krusty Krab is featured in an instructional video for future employees.

For every new Krusty Krab employee, the ultimate career goal is to create a mouth-watering Krabby Patty by hand. However, before one can even think of picking up a spatula, one must thoroughly learn the ropes of the restaurant game, and the Krusty Krab Training Video is the perfect tool for fine-tuning the fresh new cog enthusiastically entering the service industry machine.

1: From Humble Beginnings
Eugene H. Krabs, from his childhood to his post-war years, has always had an eye for finance. His apt business sense leads to him converting a bankrupt retirement home into the restaurant one may know as the Krusty Krab.

2: The Krusty Krab Today
With the number of technological breakthroughs involved with today's restaurant, a new worker not yet in the know can quickly become overwhelmed. Thankfully, SpongeBob is ready and willing to guide the way to being a good employee, while the less thoroughly prepared employee, tentatively called "Squidward," shall at least provide a clear example of what not to be.

3: Training
For a new employee woefully ignorant of what the customer has come to expect from their Krusty Krab dining experience, learning the meaning of POOP (People Order Our Patties) will make things quite clear and concise.

4: Personal Hygiene
The requirements for both cleanliness and personal appearance that an employee is obligated to adhere to are stringent. With diligence and enough soap, however, any employee can learn how to enter each new shift as clean as a whistle.

5: Your Work Station
Keeping the cooking and service areas clear of detritus is also very important, and while SpongeBob illustrates how to maintain the order of his tools and ingredients, Squidward demonstrates the trouble a poorly-kept station leads to.

6: Interfacing With Your Boss
One should never fear to ask the proprietor for a raise because the answer will always be the same. This section also covers interacting with the equally-important "Krustomers" for optimally profitable results.

7: Emergency Situation
In the event of attempted theft, especially by one Sheldon J. Plankton, this section clearly details the proper protocol for protecting a Krabby Patty in peril. The narrator also reminds Squidward to remember POOP.

Once these lessons have been grilled to perfection into the new employee's brain, he or she shall be ready to reverently receive the secret and sacred method of preparing a Krabby Patty for consumption. 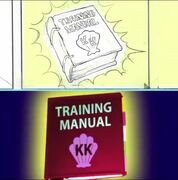 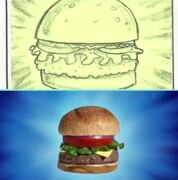 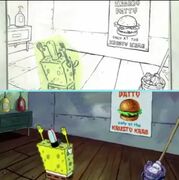 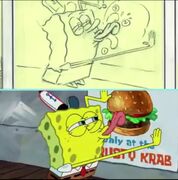 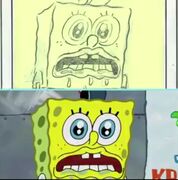 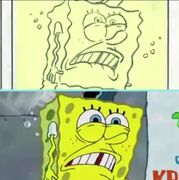 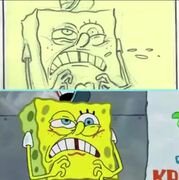 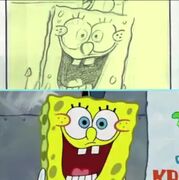 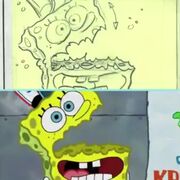 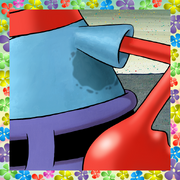 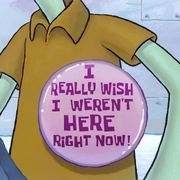 "'P.O.O.P. – People Order Our Patties.' Need I say more? That word being said repeatedly makes me laugh. Boy, am I mature, or what? A clever, outside-the-box episode."