If you were looking for the article about the Bikini Bottom restaurant, then see Krusty Krab.
Not to be confused with Trusty Slab.

Hamburgers, fries
The Krusty Krab in West Bank is a restaurant in Ramallah, West Bank, Palestine, based on the Krusty Krab restaurant from the SpongeBob SquarePants series. The project is owned by Palestinian company, Salta3 Burgers, and was opened on August 11, 2014. 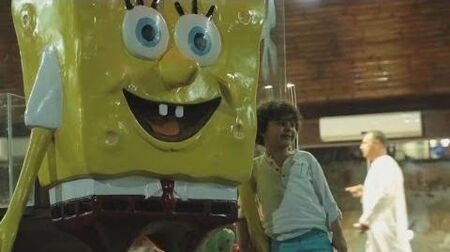 Retrieved from "https://spongebob.fandom.com/wiki/Krusty_Krab_(West_Bank)?oldid=3343608"
Community content is available under CC-BY-SA unless otherwise noted.