View source
This is the page about the episode. For other uses, see Jellyfishing (disambiguation).

"Plankton!"
"Jellyfishing" is a SpongeBob SquarePants episode from season 1. In this episode, SpongeBob and Patrick take Squidward jellyfishing.

The episode begins with a jellyfish swimming by SpongeBob's house, where SpongeBob and Patrick then observe it through a massive telescope protruding from a window in SpongeBob's house. They then slide down ropes (causing them to get rope burn that literally produces flames on their hands) and assmble their jellyfish nets, before SpongeBob puts on his glasses. They prepare for jellyfishing like professionals, but then meet Squidward and ask him if he wants to join them. He says that he cannot go with them because he is "busy" and goes bicycling instead. SpongeBob asks Squidward if he can join them next time. Squidward sarcastically says yes and goes down the road. SpongeBob does not understand the sarcasm and suspects Squidward never has time for them; Patrick says it's because Squidward doesn't like them, but SpongeBob convinces Patrick that's not the case and plans to go jellyfishing with him eventually.

Unfortunately, while he is biking, Squidward has an accident involving a jellyfish and gets his tentacles tangled in his bike's pedals, causing him to veer out of control, tumble down a cliff, and inexplicably explode when he hits the bottom, leaving him ultimately wheelchair-bound. SpongeBob and Patrick decide that what Squidward needs is a "Best Day Ever" when he returns home, bandaged essentially everywhere on his body besides his eyes. The Best Day Ever begins at Squidward's house, where Patrick offers Squidward some alphabet soup. Patrick blows the hot soup onto Squidward's bandaged face several times before SpongeBob says that soup is not a good idea. SpongeBob then suggests that some music would be good, and gets Squidward's clarinet. He blows a bad note before realizing that his lips are too dry, and goes through several exaggerated motions of trying to wet his lips. A disgusted Patrick soon violently snatches the instrument away from SpongeBob, declaring music not to be a good thing for Squidward either.

SpongeBob and Patrick then declare that a jellyfishing expedition would be in order for the "Best Day Ever." They then go to Jellyfish Fields, SpongeBob tells Patrick to give a net to Squidward, while he finds "a good specimen." Patrick explains that Squidward must, "firmly grasp [the net] in [his] hand," but when Patrick fails to put a jellyfishing net in Squidward's cast-covered hand, he gets frustrated and he stabs it through Squidward's palm, much to his chagrin and pain.

He is not into it at first, but when a jellyfish stings him, he wheels after it for revenge. He manages to catch the jellyfish and bangs his net triumphantly against a pink mass. While Squidward does this, the pink mass arises to reveal itself as a queen jellyfish who is irritated by the banging. The queen jellyfish chases after Squidward, while SpongeBob and Patrick obliviously cheer him on until the queen jellyfish zaps Squidward with an extremely massive sting, leaving their cheering replaced with cringing at poor Squidward's literally shocking misfortune.

The next day, SpongeBob and Patrick covered in band-aids meet outside Squidward's house, where they see he is now life-support-bound and attempt to talk to him but are ignored. After he is unable to enter his home, they apologize and give Squidward the jellyfish that he caught the previous day as an apology. SpongeBob hopefully asks Squidward if he still isn’t mad at them. Sure enough, he opens the jar and frees the jellyfish, and Patrick takes it as a yes, before he and SpongeBob run off into the distance while being stung. As Squidward laughs, the Queen Jellyfish finds him and stings him again, destroying his life-support and shattering his body cast. A completely blackened Squidward can only say, "Ow" as the episode abruptly ends. 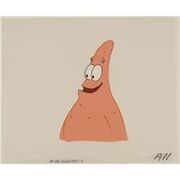 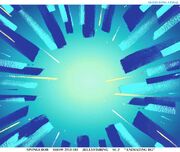 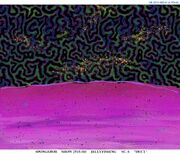 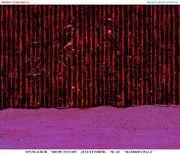