In the beginning of the book, SpongeBob and Patrick are playing a noisy game, much to Squidward's dismay. They are interrupted when SpongeBob sees the mailman delivering his Mermaid Man and Barnacle Boy Bubble Blower. Patrick wants to play with it and blow some bubbles, but SpongeBob responds that it's a collectible and that they can't use it. However, Patrick still wants to borrow it, so SpongeBob lets him have it for a night and instructs him to not take it out of the package.

At night, SpongeBob worries about what Patrick may have done to the bubble blower. He sneaks into Patrick's rock, and is relieved to see that Patrick hasn't opened it yet. While going to leave, he trips over a shell, waking up Patrick. In a rage over the fact that SpongeBob did not trust him, Patrick runs around and breaks his furniture. He apologizes and tells SpongeBob that he can have his bubble blower back.

SpongeBob questions the use of having a bubble blower if he can't blow bubbles with it. He takes it out of the packaging and lets Patrick blow the first bubble. They blow bubbles all night, while Squidward has trouble falling asleep due to their noise, as the book ends. 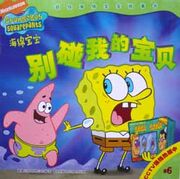 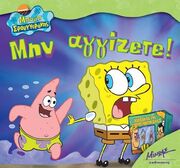 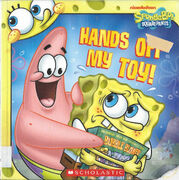 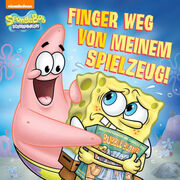 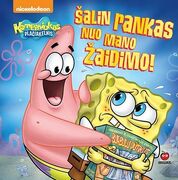