September 20, 2011
Friend or Foe? is a SpongeBob SquarePants DVD that was released on April 17, 2007 and contains seven episodes from season 5. It is based on the episode of the same name.

Find out how childhood buddies Plankton and Mr. Krabs became fast food rivals, see what keeps SpongeBob up at night, meet Jim, the Krusty Krab's original cook, check out SpongeBob's swell toy, take a gander at how Patrick starts his day and more!

They were once the best of friends, and now, they're bitter enemies. Find out how Plankton and Mr. Krabs, childhood buddies, school science lab partners, became fast food rivals. How things went bad when they tried going into the burger business together and wound up poisoning Old Man Jenkins. It's all here in the special episode, Friend or Foe? Then see what keeps SpongeBob up at night, meet Jim, the Krusty Krab's original cook, check out the swell "free" toy SpongeBob earned by sending in 99 cereal box tops, take a gander at how Patrick starts his day (which includes lots of talking to himself), learn the answer to "what's a word meaning an uncomfortable sensation on the dermas?," and find out how many tries it takes to steal your own recipe. Wait! What? Drown yourself in nautical nonsense with this hilarious SpongeBob SquarePants collection!

Animatics (With a deleted scene) 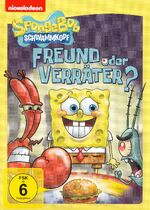 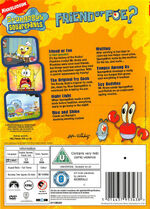 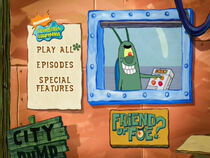 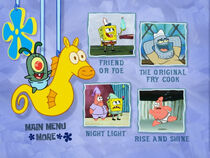 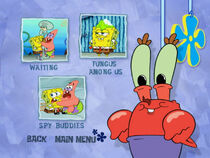 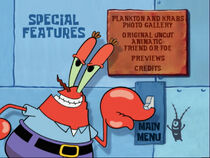