"Glove World R.I.P."
"Face Freeze!" is a SpongeBob SquarePants episode from Season 8. In this episode, SpongeBob and Patrick get face freeze after making too many faces.

In the beginning of the episode, SpongeBob and Patrick are eating lunch at the Krusty Krab. While eating, they start making ugly faces at each other. Mr. Krabs hears them laughing, and thinks it is the sound of his money being flushed down the toilet. He rushes out of his office to see them making faces at each other and tells them to stop. He then tells them a story about a man (Fred) who would not stop sticking his tongue out. One day, after sticking his tongue out for the four hundred and forty-fourth time, his face got frozen with his tongue out. Then, after it got frozen, it eventually dried up and fell off. SpongeBob and Patrick are terrified of this story and vow never to make faces again.

Later that day, SpongeBob and Patrick are seen trying hard not to make faces. However, they start smirking about their attempts at doing this and eventually start laughing so hard their faces start contorting. They then realize that nothing happened to their faces while doing this and that Mr. Krabs was lying. SpongeBob then suggests that they should really put Mr. Krabs' myth to the test and while making a single continuous face. As they go to many places in Bikini Bottom, they scare everyone that sees them. Then at Goo Lagoon, Sandy finds them and says that they need help.

Later that night, SpongeBob and Patrick are seen in a tent back outside SpongeBob's house laughing at each other's faces, along with making a lot of noise. Squidward's eardrums eventually burst and he starts yelling at them to keep it down. SpongeBob then suggests to Patrick that they try sleeping through the night while holding a face. Patrick agrees and they start doing this, while giving Squidward some peace and quiet.

The next day, SpongeBob and Patrick wake up and realize their faces are frozen and both of them cannot move their faces, causing them to realize Mr. Krabs was right about the story. They start screaming and rush down to Sandy's Treedome for help. Sandy then starts giving them a face massage. However, this just makes their faces even more distorted and they droop down to their chins. SpongeBob goes to work at the Krusty Krab anyway, despite his ridiculous frozen face.

At the Krusty Krab, SpongeBob causes a lot of ruckus as he tries to make Krabby Patties and keeps Mr. Krabs from looking at his face at the same time. However, Mr. Krabs eventually finds out about SpongeBob's face freeze problem because Patrick walks into the Krusty Krab with a contorted frozen face. Mr. Krabs confronts SpongeBob on this, as the latter feels guilty and apologizes for doubting his boss' warnings, as an angry Mr. Krabs then makes a face and it freezes, followed by Squidward coming in. SpongeBob tries to warn him, but Squidward sees their misfortune and starts laughing at them. He laughs so hard that his face freezes too, and the episode ends with SpongeBob, Patrick, and Mr. Krabs laughing and Squidward crying whilst having frozen faces. And so they all learned a lesson about making faces, as the episode ends. 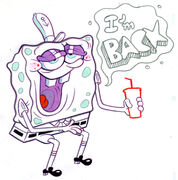 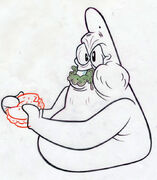 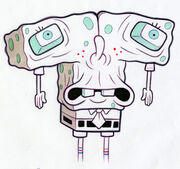 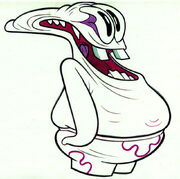 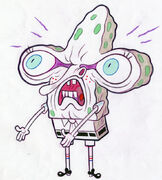 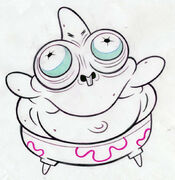 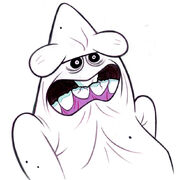 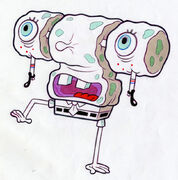 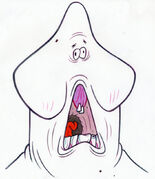 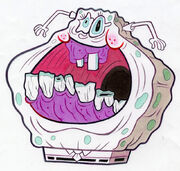 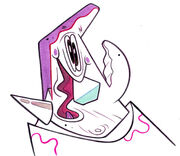 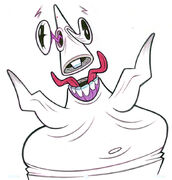 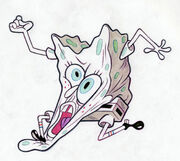 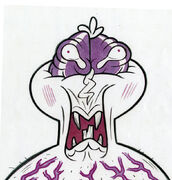 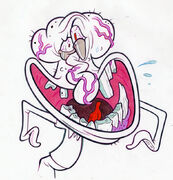 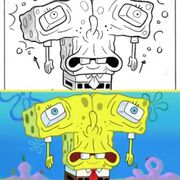 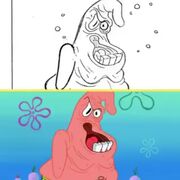 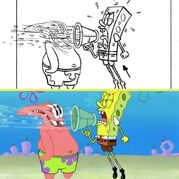 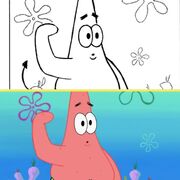 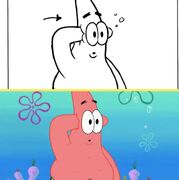 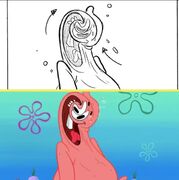 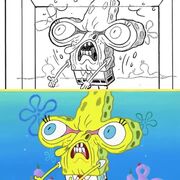 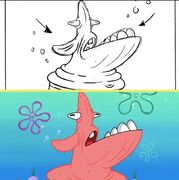 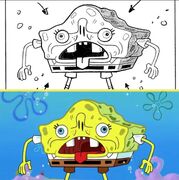 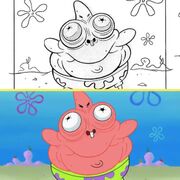