It's an action-packed collection featuring SpongeBob's favorite sport, a Krabby Patty that runs amok, a freezing competition, the possibility of losing his favorite job at his favorite place, a part in the Bikini Bottom Demolition Derby, and more!

SpongeBob has received an invitation to take part in a competition on mysterious Karate Island for the chance to be crowned "King of Karate." And Sandy is mighty suspicious! So she tags along for this questionable challenge, and ends up putting her own karate skills to the test! The action continues when SpongeBob studies kah-rah-tay with Sandy's karate master, Fuzzy Acorns, keeps an eye on the treedome, tries to stop a huge Krabby Patty that's running amok, learns that his favorite pastime might cost him his job when he wreaks havoc at the Krusty Krab, tries teaching Patrick the ways of karate (which might prove to be a huge mistake!), finds himself really stuck in a competition against Patrick, and takes part in the Bikini Bottom Demolition Derby as The Squish! 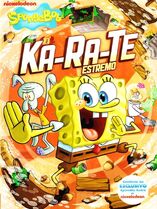 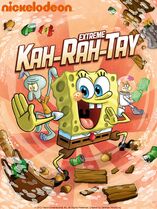 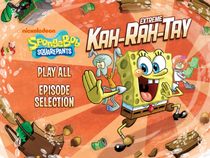 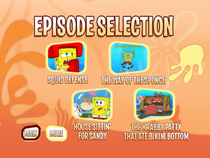 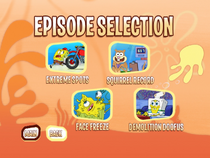