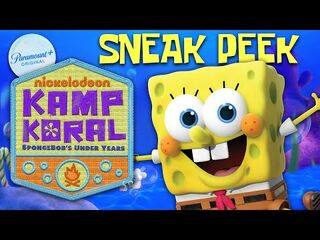 Inspired by scenes in The SpongeBob Movie: Sponge on the Run, the series will show how key characters met and their exploits at summer camp. SpongeBob and friends spend the summer catching jellyfish, building camp-fires, and swimming in Lake Yuckymuck at Camp Coral, located in the Kelp Forest.

Be sure to watch the sneak peek! Read more →

The SpongeBob Movie: Sponge on the Run! 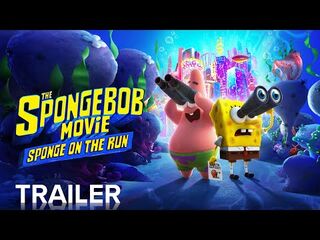 The SpongeBob Movie: Sponge on the Run is also coming to Paramount+ on March 4!

In this movie, SpongeBob and Patrick go on a rescue mission to save Gary, who's been snailnapped by Poseidon and taken to the Lost City of Atlantic City.

Are you excited for the movie? Read more →

Retrieved from "https://spongebob.fandom.com/wiki/Encyclopedia_SpongeBobia?oldid=3471968"
Community content is available under CC-BY-SA unless otherwise noted.