Start a Wiki
This is the page about the episode. For other uses, see Employee of the Month (disambiguation).

At the Krusty Krab, SpongeBob reminds Squidward that it is the beginning of judging for the Employee of the Month Award. However, Squidward tells SpongeBob that the award is nothing but a scam, and Mr. Krabs is only giving it to him so he will work harder for less money, but SpongeBob does not believe him.

Mr. Krabs warns SpongeBob that Squidward might get the new Employee of the Month Award, and since SpongeBob has 26 consecutive awards (and wants a 27th), he starts worrying. Suddenly, he imagines his pictures as drill sergeants, and the one for March tells him Squidward is only telling him the award is a scam so he'll lose confidence in himself. Squidward says that he could get the award if he wanted to, and SpongeBob asks him to prove it. Squidward tells him that the award is fake, but SpongeBob refuses to believe him.

After they both decide that they will arrive at the Krusty Krab earlier than the other; that night, SpongeBob tries to destroy Squidward's alarm clock so he will not wake up, but Squidward has several more in his closet. The two argue again about the award, and they say they do not even have to sleep. They both set several traps for each other as they both desperately try to reach the Krusty Krab first, and, after a temporary truce, both get there at the same time, just as Mr. Krabs opens the doors. They begin overworking in an attempt to impress him, doing more harm than good, scaring Mr. Krabs out of his wits in the process.

They then begin trying to make as many Krabby Patties as possible, eventually causing the Krusty Krab to explode. Krabby Patties rain down from the sky, to the delight of the citizens of Bikini Bottom thinking they're free, and while Mr. Krabs tries to make the people pay for them, SpongeBob and Squidward eagerly ask him who the Employee of the Month is (though it's unlikely the award will go to either of them due to destroying the Krusty Krab), giving Mr. Krabs a headache. 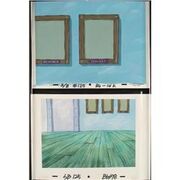 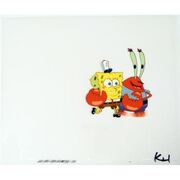 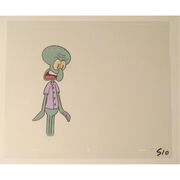 
Start a Discussion Discussions about Employee of the Month