The bottom half of the cover shows SpongeBob playing soccer with Patrick, and Squidward running behind them. Plankton is on the ball. The top half has SpongeBob cheering, with the title transcribed in white text. 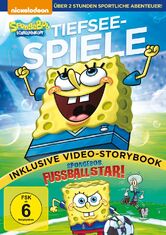 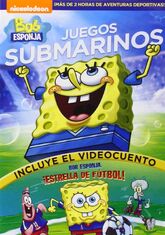 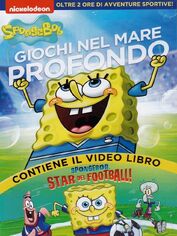 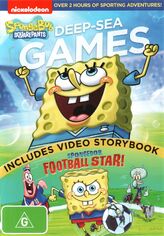 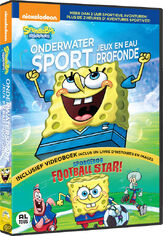 Belgian DVD cover
Add a photo to this gallery
Retrieved from "https://spongebob.fandom.com/wiki/Deep-Sea_Games?oldid=2507689"
Community content is available under CC-BY-SA unless otherwise noted.