February 8, 2016
Bikini Bottom's Most Wanted is a SpongeBob SquarePants DVD that contains seven episodes from season 9 and one episode from season 8. This DVD contains crime and a few Plankton-themed episodes. 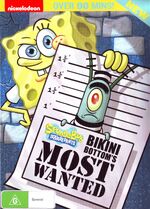 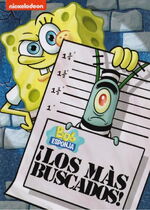 Japanese cover
Add a photo to this gallery
Retrieved from "https://spongebob.fandom.com/wiki/Bikini_Bottom%27s_Most_Wanted?oldid=3530256"
Community content is available under CC-BY-SA unless otherwise noted.